Roberto Martinez may not get the best out of Belgium squad 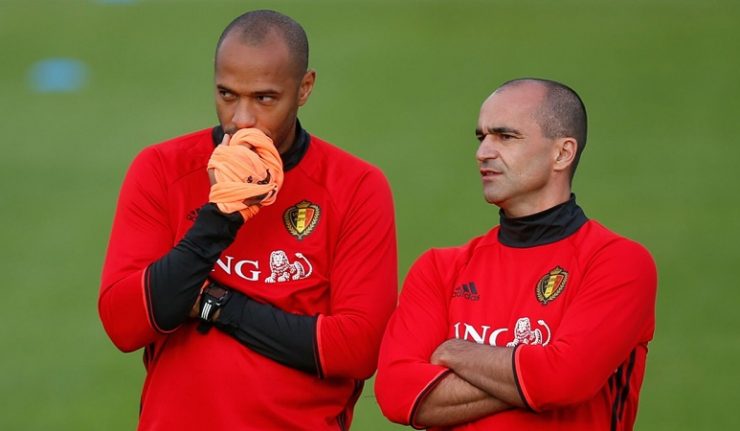 Belgium have been regarded as a national team with a lot of potential and star quality. A number of the Red Devils current side stars in the Premier League, with the likes of Eden Hazard, Thibaut Courtois, Kevin De Bruyne and Romelu Lukaku all available to boss Roberto Martinez.

Martinez names his 23-man World Cup squad on Monday. One man who may miss out is Manchester City stalwart Vincent Kompany. The 32-year-old picked up a groin injury in a friendly against Portugal and could miss the cut, which would be a shame, as Kompany is such an influential member of the squad.

Squad not living up to their potential

It is fair to say big things have been expected of the Belgians at big tournaments in recent years, yet they have failed to produce on the big stage. Last time out at Euro 2016, the Red Devils suffered a surprise 3-1 defeat against Wales to exit the competition at the quarter-finals stage. It was a disappointing end for a team with such quality.

The lack of success at international level could be down to the fact that there are a number of big egos in the Belgian dressing room. There is nothing wrong with confident and big egos if you are winning.

However, players with big egos tend to struggle when things go wrong. Instead of working hard, they tend to lash out or disappear. When that happens, they need a boss with a big character to turn things around.

Roberto Martinez comes across as a nice guy. He is also a decent tactician, but his time at Everton illustrated that maybe he is not ready to manage at the top level. His players seemed to down tools and the teams results suffered for it. Eventually the Toffees drifted into midtable and the Spaniard lost his job on Merseyside.

Martinez not the right boss

It was a major surprise when the Red Devils appointed Roberto Martinez as head coach. The Spaniard’s spell at Everton showed his lack of experience in management and exposed the glaring weaknesses in his managerial style.

He had no Plan B, while Plan A saw his team concede an alarming amount of goals. To give hand him such a big job after he struggled on Merseyside was surely a big gamble for the Red Devils.

To give Martinez such a talent group of players who had the potential to go far. Surely appointing a more experienced boss would have been a wiser decision.

Martinez has caused waves by his omission of Roma midfielder Radja Nainggolan from the World Cup squad. Nainggolan is regarded by many as one of the best central midfielders in the European game. The decision has proven an unpopular one amongst the fans.

The recent 0-0 draw with Portugal has not helped the Spaniard’s popularity amongst the Red Devils fans either. Having seen Martinez manage in the Premier League, it is difficult to see him being the right man to bring out the potential of such a talented Belgian squad. I hope that for the Red Devils sake I am wrong, and the Spaniard guides the team to success.

Can Roberto Martinez guide the Belgium national team to success in Russia?