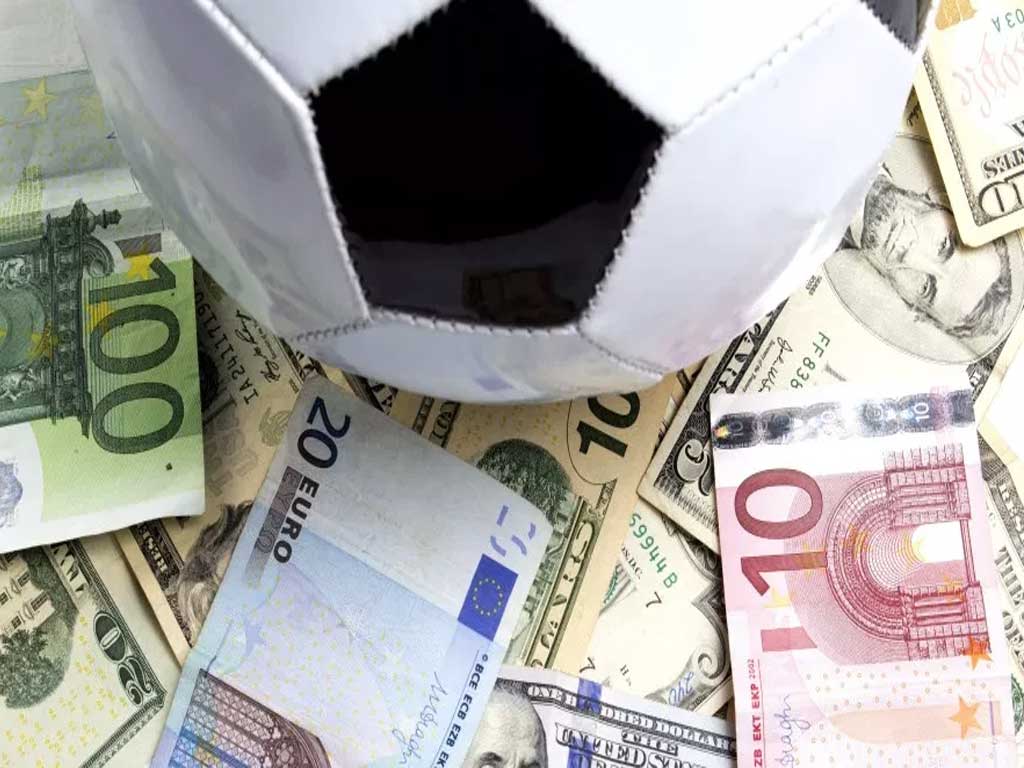 We all read the news about most expensive transfers when one of them happens, and records are being broken every year. But what about the most expensive football players right now? Unless they switch clubs, which some of them will never do, they won’t make the news.

Let’s have a look at the most expensive players in season 2018/19 and we’ll put them in a 4-2-3-1 formation so they’ll be on the pitch together at the same time! 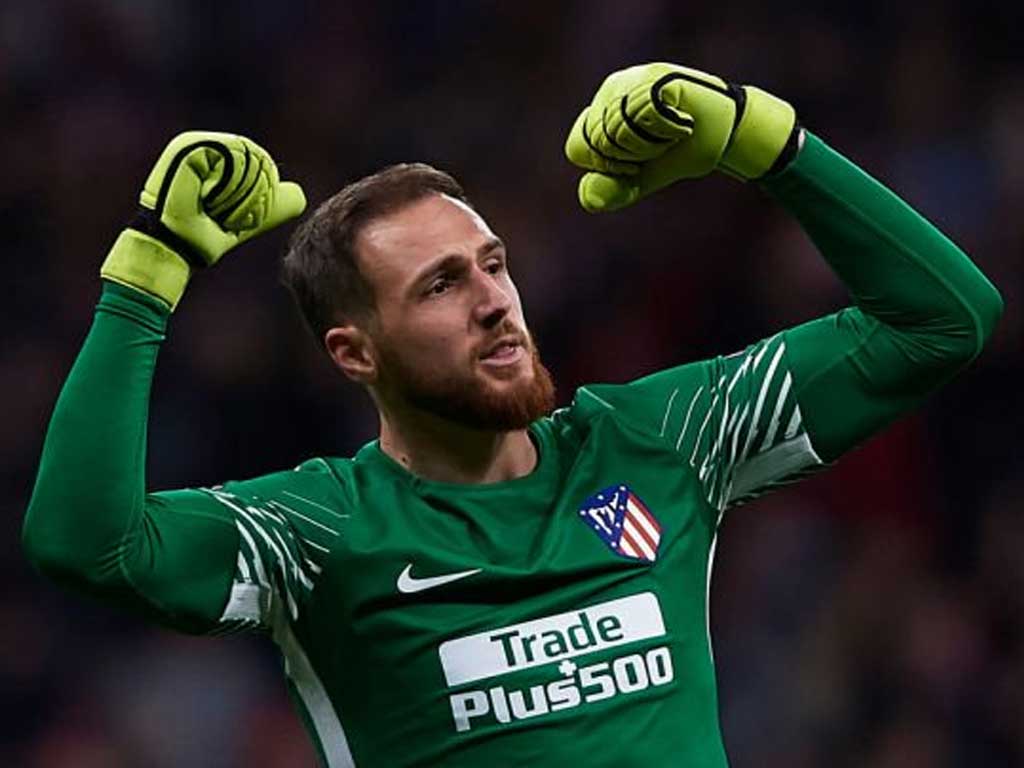 The Slovenian goalkeeper Oblak who plays for Atletico Madrid is the current most expensive goalkeeper according to Transfermarkt, and while Marc-Andre ter Stegen is also valued at €80m he’s a year older than Oblak, and, frankly, we think Oblak is the better keeper.

So he gets the nod over the German who is much more prone to making mistakes.

Jan Oblak is indeed the most stable goalkeeper in football today, and in this generation of goalkeepers who are 25 or 26 we also have Thibaut Courtois, Ederson, Alisson, Kepa and Jordan Pickford.

David De Gea is 28 and Hugo Lloris is 31, and Gianluigi Donnarumma is only 19 and is valued at €40m. This completes the list of top 10 goalkeepers right now. 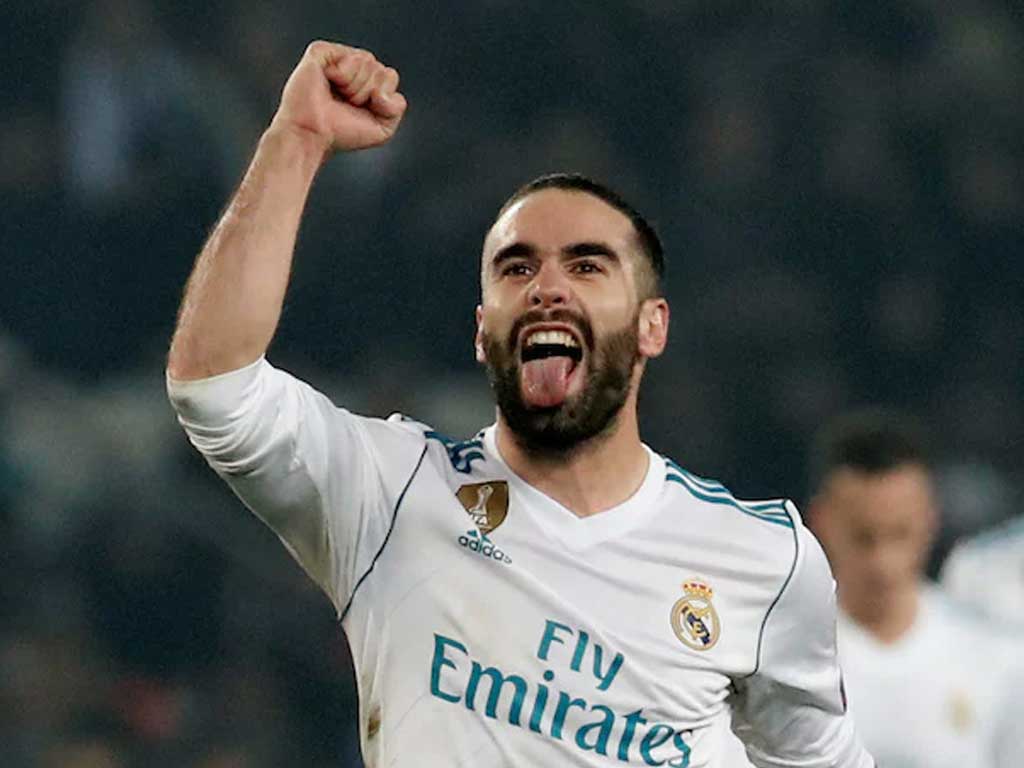 Daniel Carvajal who plays for Real Madrid is the most expensive right back at this moment, followed closely by Joshua Kimmich (Bayern) who is valued at €55m but is three years younger.

So, in relative terms, Kimmich is more expensive and if you owned a club and wanted to own one of these two, you’d probably choose Kimmich.

Sergi Roberto (26, Barcelona) and Kyle Walker (28, Manchester City) are the only other right backs in the game that are worth €50m or more. 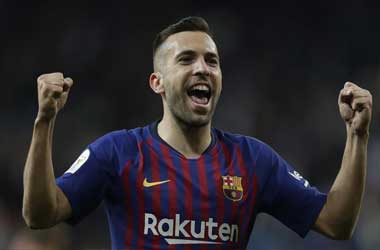 Jordi Alba from Barcelona and Marcelo from Real Madrid are both valued at €70m right now, and Marcelo is a year older. We can expect both of these two to decline in value, and Lucas Hernandez (22, Atletico Madrid) will soon be the most expensive left back in the world.

Deservedly so, as this is one fantastic talent. David Alaba, 26, is the only other player worth €50m or more, and he has somehow failed to take the world by storm and remained at the same level as several years ago.

Benjamin Mendy, Marcos Alonso, Alex Sandro, Andrew Robertson, Jose Gaya and Danny Rose are the other members of the top 10 on this position. There are two players who are outside of top 10 and are not playing in top five leagues: Alex Telles (25, Porto) and Alejandro Grimaldo (23, Benfica). 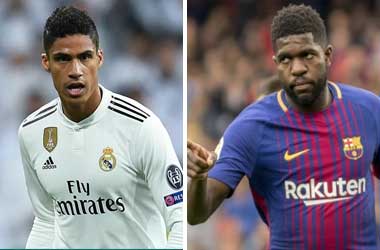 It’s no surprise that Raphael Varane from Real Madrid is the most expensive centre back in the world today, as he is indeed the best defender in the game and is the best for a few years already, and is only 25.

Samuel Umtiti is a bit less proven, but still one of the best in the game, while Virgil van Dijk and Kalidou Koulibaly are valued at €60 each. There are eight more centre backs valued at €50 or more, and they are: John Stones, Marquinhos, Mats Hummels, Matthijs de Ligt, Jose Gimenez, Milan Skriniar, Aymeric Laporte and Niklas Sule.

Of these, Matthijs de Ligt is the youngest, only 19, and still plays for Ajax. An entrance to the European spotlight is pending. 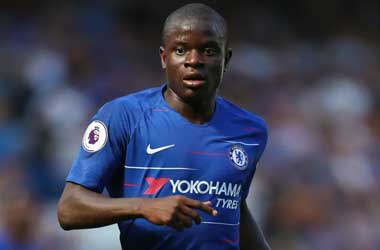 N’Golo Kante could be considered one of the best players in the game, as it’s no coincidence that teams he’s playing for are winning titles.

First Leicester City won the unlikeliest title, then Kante moved to Chelsea and won another BPL trophy, and won the World Cup with France. And it was all made possible by Kante.

There are no other really dominant defensive midfielders right now, though Sergio Busquets from Barcelona is also valued at €80m.

Casemiro, Jorginho, Fabinho, Rodri, Lucas Toreira, Ruben Neves, Eric Dier, Granit Xhaka, Nemanja Matić and Javi Martinez are in the top 12 and all are worth €40m or more, but aren’t really dominant players who will be remembered as one of the best DMs in history. Kante will. 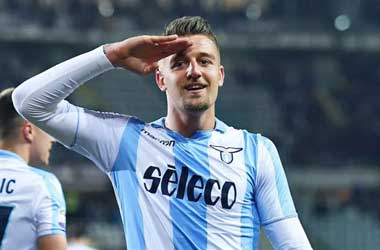 We’ll complement our defensive midfielder with a central midfielder, and Serbian youngster Milinković-Savić is the most expensive and the best player in the bunch.

He still plays for Lazio, and a monster transfer to one of the top clubs is pending, which will propel this perfect midfielder to the top list of most expensive players ever. Saul Niguez from Atletico Madrid, aged 24, is also worth €90m, and so is Paul Pogba, but this is likely due to the transfer fee and not actual worth.

Toni Kroos, Marco Verratti, Koke, Miralem Pjanić, Ivan Rakitić, Naby Keita and Thiago complete the top 10. Arthur from Barcelona is #11 but is only 22, younger than any of the top 10, and Frenkie de Jong is #16 but still plays for Ajax. He’s 21 and is valued at €40m. This will undoubtedly rise very soon. 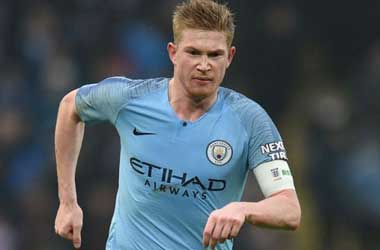 While no central midfielder today has a price of €100m or more (though Milinković-Savić soon will), among attacking midfielders there are three players who are worth €100m or more.

Kevin De Bruyne and Philippe Coutinho are worth €150m each, while Dele Alli is worth €100m. Isco, James Rodriguez, Christian Eriksen, Nabil Fekir, Kai Havertz, Mesut Ozil and Radja Nainggolan are also in the top 10. Kai Havertz from Bayer Leverkusen is the youngest, he’s only 19.

There was an end of an era in 2018, as Kylian Mbappe surpassed Lionel Messi as the most expensive right winger in football. Mbappe is only 19, Messi is 31, so there’s a new king on the position. Mohamed Salah is 26 and is worth €150m, but he’s having trouble replicating his one stellar season he’s had so far.

Raheem Sterling, Gareth Bale, Bernardo Silva, Riyad Mahrez, Douglas Costa, Federico Chiesa and Florian Thauvin complete the top 10 and it’s safe to say only the top two or three – Mbappe, Messi – will go down among the best in history.

There is only one player currently in top 20 most expensive right wingers that doesn’t play in top five European leagues, and that’s Mexian Hirving Lozano, known to be the fastest player in the game, who is 23 and still plays for PSV. Borussia Dortmund is lucky to have Christian Pulisic, who’s only 20, and they have a young star on the opposite flank as well. 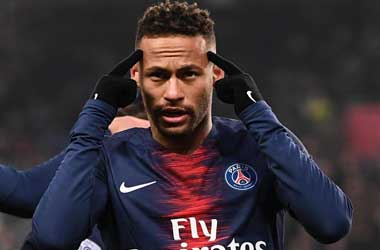 Neymar is valued the same as Mbappe and Messi but he plays on the opposite flank, and he’s dominant here as the next player is Eden Hazard who’s worth €150m. Cristiano Ronaldo is on the decline at age 33 so he’s worth only €100m, and there are four young players who are looking to climb to the throne soon.

Alexis Sanchez just barely didn’t make the list as he’s struggling with form. Jadon Sancho is only 18 so he’s #14 on the list, and he plays for Borussia Dortmund. He only recently started playing in the spotlight and could be an incredible talent who will quickly make his way to the very top of this list. Kingsley Coman, Leon Bailey, Richarlison and Vinicius Junior are other notable youngsters on this position. 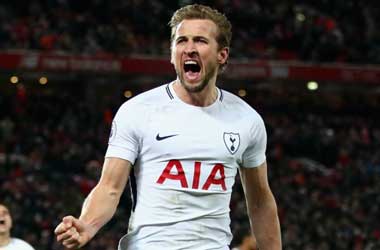 The class of centre forwards we have in football today is, frankly, poor in comparison to the players that play on the right and left flank. Harry Kane is the most valued player of the bunch, and Antoine Griezmann is also worth €150m but is two years older.

Paulo Dybala is worth €110m while Romelu Lukaku is worth €100m, and that’s it for forwards worth €100m or more. Mauro Icardi, Gabriel Jesus, Robert Lewandowski, Sergio Aguero, Pierre-Emerick Aubameyang, Luis Suarez, Marcus Rashford and Alexandre Lacazette are all worth €65m or more.

Which position has the most talent right now? It’s obvious, in this day and age it’s the wingers who are dominating the football world. All the biggest players in the world today play on this position: Cristiano Ronaldo, Lionel Messi, Kylian Mbappe, Neymar. Soon they may be joined by Jadon Sancho.

In comparison, the centre forward is mostly full of players who have been great but are in the later stages of their careers, with the exception of Harry Kane, a true centre forward. Offensive midfielders are also on the decline as the creative focus switched to the flanks, and central or defensive midfielders like N’Golo Kante and Sergej Milinković-Savić will dominate the game for years to come. Few teams can handle fielding a creative midfielder at the centre of the pitch, and few players are worth that risk. We also see an increased importance of defenders, and goalkeepers in particular, and for the first time it’s possible to be the most expensive member of your team’s back line if you’re a goalie.