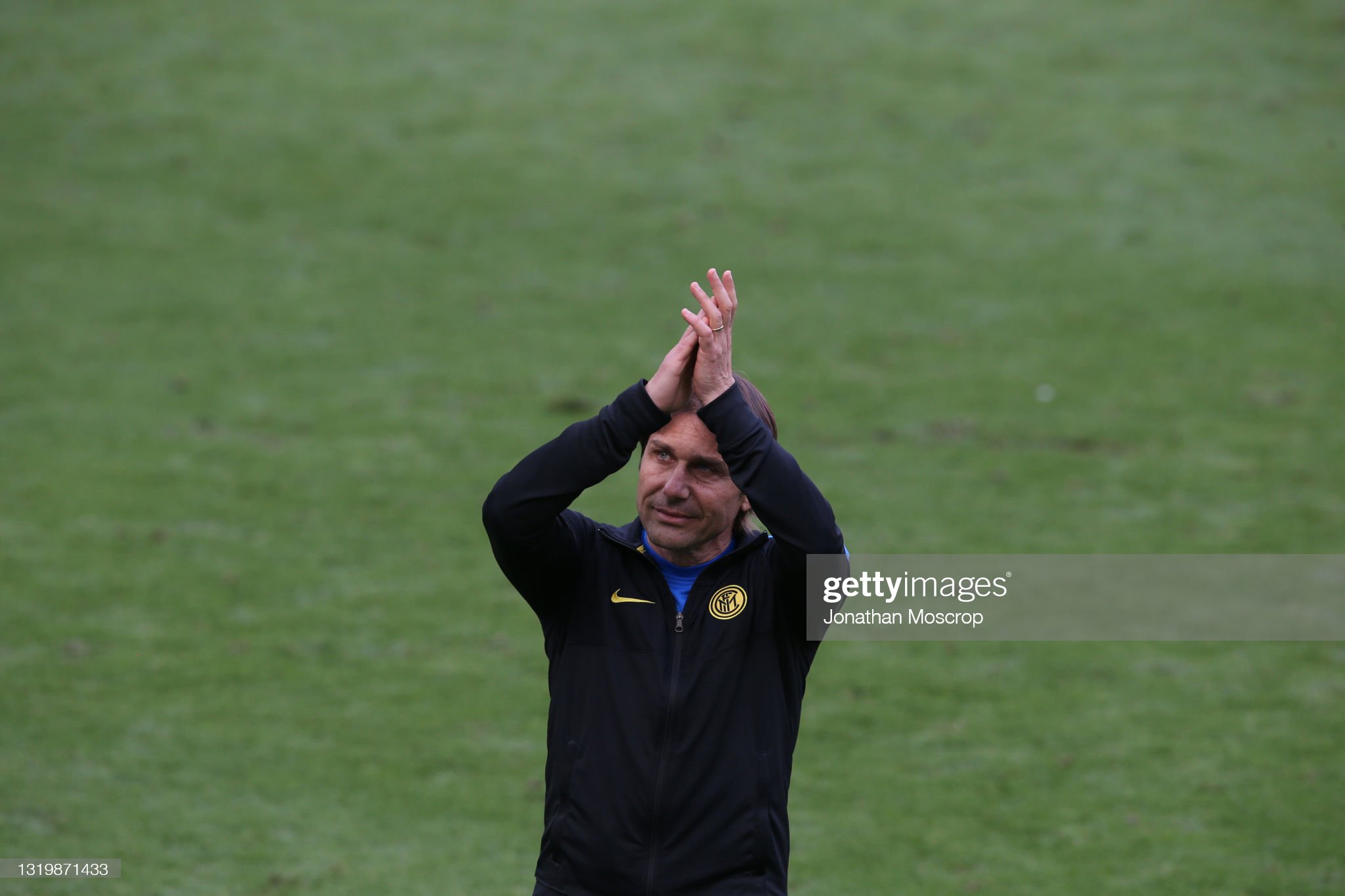 Last season Antonio Conte’s Internazionale dominated Serie A, winning the Scudetto for the first time in 11 years. It seemed that Inter were set for a period of success. However, head coach Conte decided to walk away from his job after just two years in the job. The former Chelsea boss reportedly left the club due to disagreements over transfer for this summer.

The Nerazzurri were never going to spend big money this summer, as men from Milan were cash-strapped and had to cut costs this summer. That meant selling one of their star players. The big-name player sacrificed was talented wing-back Achraf Hakimi, who joined PSG for a fee of around £54m.

Antonio Conte is a special coach

However, bigger than Hakimi’s exit was that of Conte. The experienced head coach has the magic touch when bringing success to the teams he manages. His tactical acumen is right up there with the best head coaches in the beautiful game. Although everybody knows how his teams play, it’s difficult to stop his teams.

The 51-year-old achieved his goal of ending Inter’s long wait for a Scudetto, as well as ending Juventus’ stranglehold on the Italian top-flight. Ironically, Conte had started Juventus’ run of triumphs in Serie A. It was quite apt that he also ended it.

Many head coaches have tried to bring the Scudetto back to Inter in the last decade. However, it took the unique coaching skills of Conte to end that wait.

Conte’s replacement as Inter head coach is Simone Inzaghi, formerly of Lazio. The two jobs are very different. The 45-year-old’s aim each year for Lazio was to attempt to get into the Champions League spots. Even that was punching above their financial weight really, but he managed to keep the Eagles around the top-six, helping the team from Rome to a top-four finish back in season 2019/20.

However, there was a feeling last season, when Lazio finished sixth in Serie A that he had taken the team as far as he could. It was not a major surprise when Inzaghi took the big job in Milan. The expectations are much bigger at Inter, even if the club has not been able to majorly strengthen in the transfer market.

In reality, Inzaghi cannot win at Inter. If he wins the Scudetto once more, then many will claim that it’s because it’s Conte’s team. On the other hand, if the team struggles, people will then claim that he is out of his depth. Who would be a football coach eh?

Scudetto race is much more open

The effect of a big coaching change can be massive. Losing a top head coach like Antonio Conte is likely to have a devastating effect on the team’s fortunes in Serie A next season. Unless of course Inzaghi can step up his game and surprise everybody. Whatever happens at Inter, Conte’s exit seems to have made the race for the Scudetto far more interesting for season 2021/22.

Do you fancy placing a bet on Inter’s fortunes in season 2021/22? Well, why not visit our betting page for the bookmakers we recommend for your bet.

Can Inter overcome the loss of Antonio Conte to retain the Scudetto?