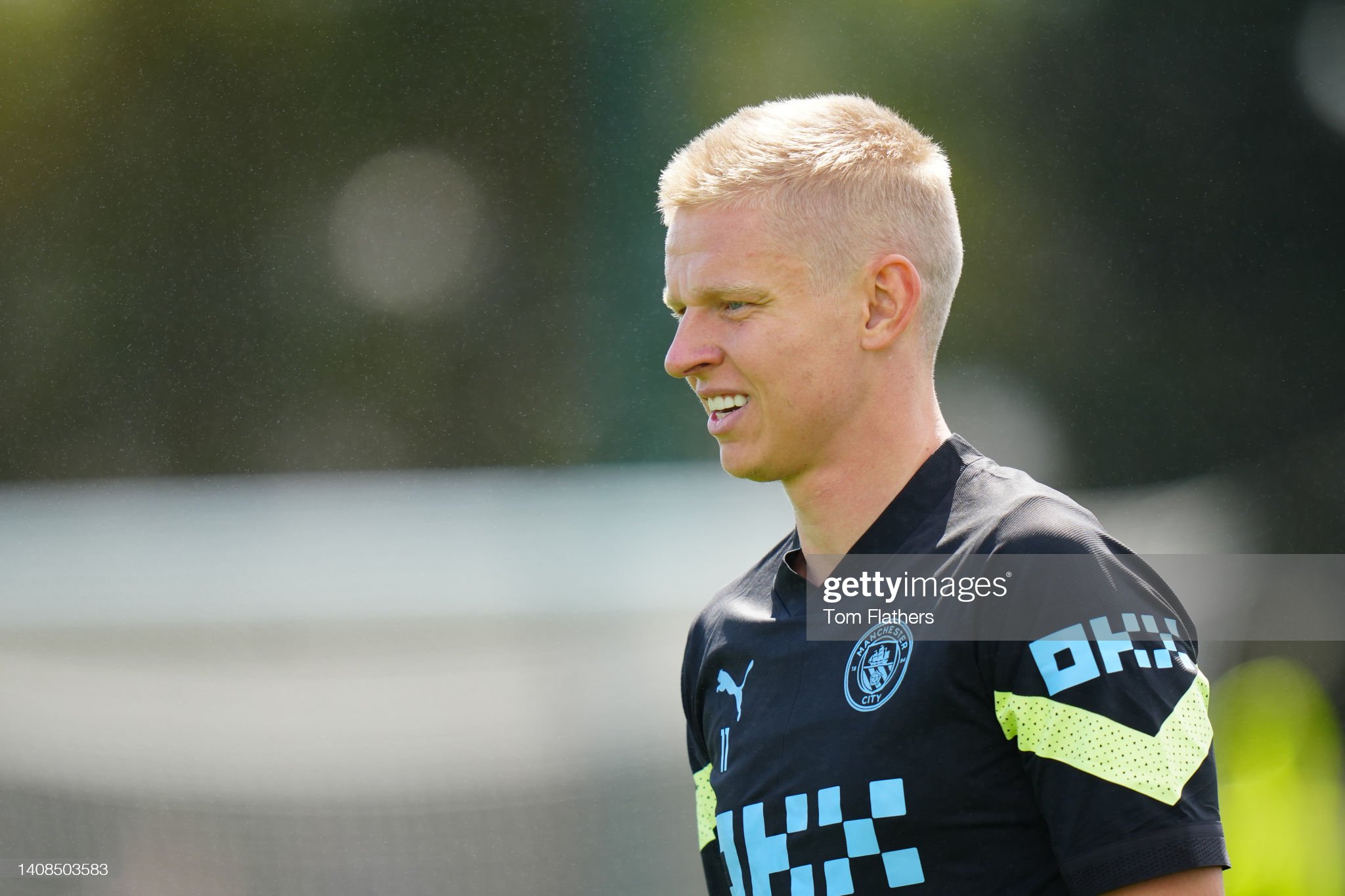 Every top team has those reliable, often underrated players who are vital to their success. They do the dirty work, so the stars or more creative ones can shine brighter on the big stage. An excellent example of that player is Manchester City’s versatile Ukrainian international Oleksandr Zinchenko, who is being linked with summer moves to Arsenal and Everton.

It would be harsh to say that Zinchenko is not a technically gifted footballer. However, when most players are on the same pitch as the likes of Kevin De Bruyne and Bernardo Silva, their ability is left unnoticed.

Calling Zinchenko ‘solid’ may be seen by many as an insult, but it is a compliment. There is a reason that City boss Pep Guardiola has kept Zinchenko at the club. The Catalan boss knows what he brings to his City squad. He brings that reliability and versatility that many of his teammates do not.

He prefers to play in midfield but has often played as a left-back for the Citizens without complaint. Despite not always being a first-team regular, he gets on with his job. For instance, last season, the 25-year-old made just 15 top-flight appearances for City, only ten of which were starts.

He would likely start most games if he were at most other Premier League clubs. However, Manchester City is no ordinary football team. They have a squad full of expensive stars, which has restricted Zinchenko’s first-team opportunities.

In his limited appearances, he did show what he could do. He played a key role in City coming back from two goals down to Aston Villa to record a 3-2 win on the final day of last season. The victory saw City win the Premier League title.

Undoubtedly, the Ukrainian international would see more first-team football at Arsenal and Everton than he has at City. In fact, he would be a sure starter for the latter, who desperately need quality in most areas of the pitch.

He could also be a useful addition for Arsenal. The Gunners are reportedly looking to strengthen at left-back and in central midfield. First-choice left-back Kieran Tierney is injury-prone, while youngster Nuno Tavares has failed to convince, despite bright moments. Zinchenko would also offer the Gunners an extra option in the centre of the park.

Both clubs have their advantages for Zinchenko. He worked with Arsenal boss Mikel Arteta when the Spaniard was assistant coach to Guardiola at City. The north London club would offer him European football next season too. Meanwhile, Everton can offer the presence of Zinchenko’s international teammate Vitaliy Mykolenko. A move to the Merseyside club would mean he would not have to relocate either.

He could become a vital player at his next club

It seems almost inevitable that Zinchenko will leave Arsenal this summer and hopefully enjoy more first-team football with a Premier League club. He deserves to be a more important player wherever he plies his trade next season.

He has never left Manchester City down and allowed the galaxy of stars to shine during the last few years. Maybe next season will see Zinchenko become a star and shine brightly in the English top-flight.

Do you wish to place a bet on Oleksandr Zinchenko’s future and need a bookmaker? Well, why not check out our betting page for the bookmakers we recommend for your bet.

Where will Oleksandr Zinchenko be plying his trade in season 2022/23?

Related Items
← Previous Story Should Chelsea be making better use of their academy?
Next Story → Everton’s caution in the transfer market is understandable