Leon Bailey could have a big campaign in season 2022/23 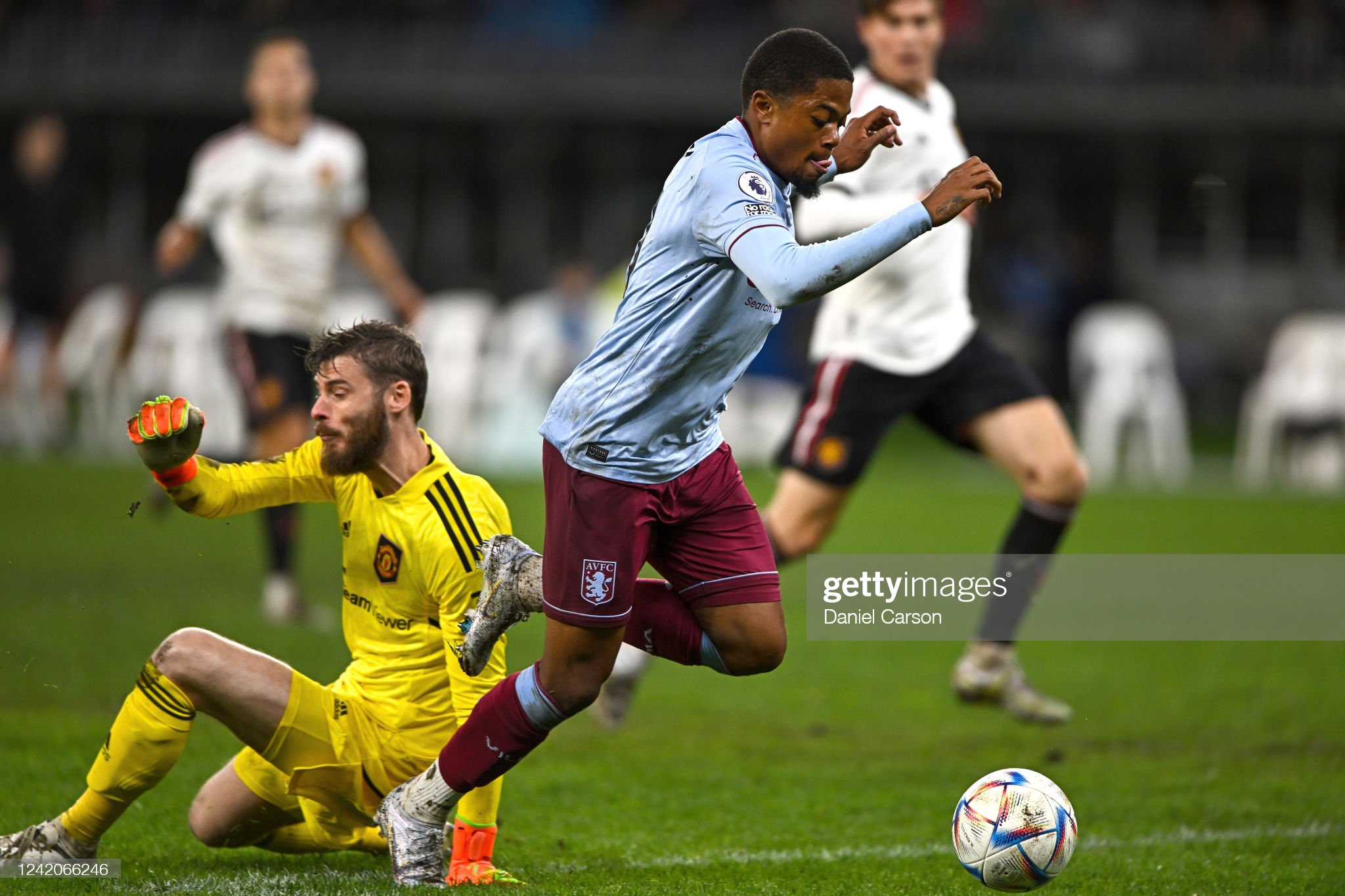 Aston Villa has now established themselves again as a Premier League team, having made a return to the English top-flight in 2019.  The Villans have gone through many ups and downs in recent campaigns. One player who has not really yet lived up to his potential is Jamaican international winger Leon Bailey.

Struggled to avoid injuries at Villa

Bailey joined Villa last summer from Bundesliga side Bayer Leverkusen for a fee of around £29million. At the time, it looked like Villa had pulled off something of a coup signing such an exciting and potential-filled star. However, the 24-year-old has struggled for any regular first-team action, with injuries playing a significant part in that lack of appearances.

Since joining Villa, Bailey has had thigh and ankle problems. The injuries contributed to the winger making just 18 appearances in season 2021/22. However, he made just seven starts for the Villans as he endured an underwhelming debut campaign in the Premier League. His limited league appearances saw Bailey score just one goal and produce just two assists.

Villa signed Bailey because of his performances at former club Bayer Leverkusen. In his last season with Die Werkself, Bailey scored nine goals and produced eight assists in 30 appearances in the Bundesliga. His performances had attracted attention from elsewhere, with Manchester United also linked with a move for the winger before he joined the Villans. That last season in Leverkusen showed Bailey’s potential and that he can impress when he is given a chance.

One facet of his game that he showcased for Leverkusen was his versatility. The Jamaican star can play on either wing or as a central forward. His skill and pace have caused Bundesliga defences problems galore during his time in the German top-flight.

His problem with Leverkusen was that he didn’t always start every game. In five years with Bayer Leverkusen, the most Bundesliga games he started in a season was 25, which was in his last season with the club. The only injury problem he suffered with the German outfit was hamstring problems.

However, discipline seemed to be a problem in Germany, where he served four suspensions. The fact that he got more yellow cards, three, than goals for Villa in the English top-flight last season suggests that he needs to avoid silly disciplinary problems.

No doubt, Bailey won’t be happy with his opening campaign in the English game. However, he has shown in pre-season that he is fully fit and raring to go for Steven Gerrard’s team. He has featured in most of the Villans games, scoring in Villa’s last pre-season friendly, a 2-2 draw against Manchester United.

His performances in pre-season have earned praise from Villa boss Gerrard, who has stated that Bailey is like a different player from last season. The Liverpool legend did also state that the winger needs to stay fully fit to maintain the progress he has made during the summer. If he can avoid injuries in the new season, then season 2022/23 could be the campaign that Leon Bailey fulfils his undoubted potential in the Premier League.

Do you want to place a bet on Leon Bailey or Villa’s fortunes in season 2022/23 and are looking for a bookmaker? Well, be sure to check out our betting page for the bookmakers we recommend for your bet.

Will Leon Bailey shine for Aston Villa in season 2022/23?