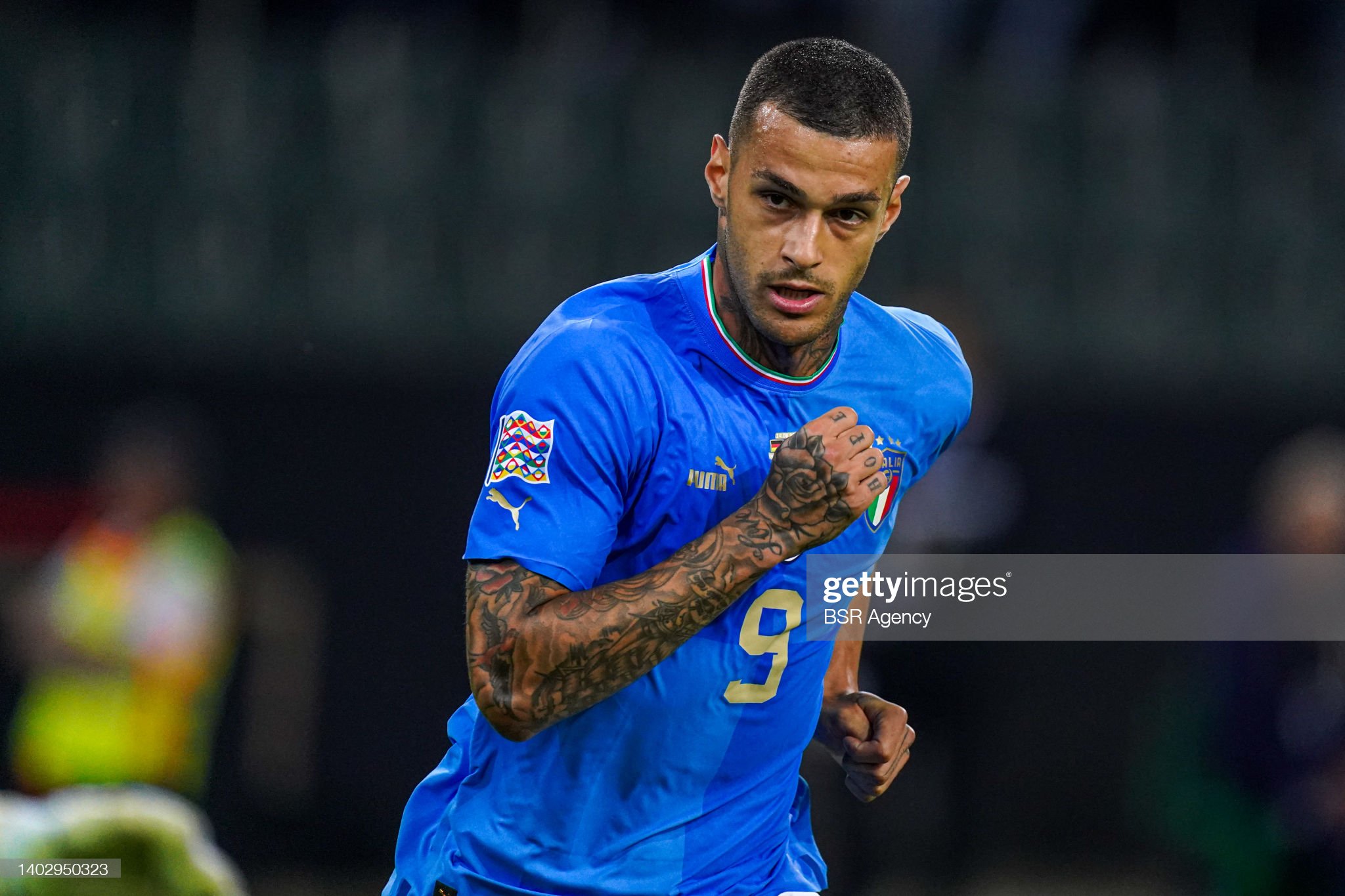 West Ham United have completed the signing of highly-rated Italian forward Gianluca Scamacca. The 23-year-old has joined the Irons from Italian club Sassuolo for a deal worth around £35.5m. He has signed a five-year contract, with the option of a further 12 months.

Scamacca has impressed at Sassuolo

The youngster has impressed for Sassuolo in the last few years. The striker scored 16 goals in Serie A in 36 appearances for the Neroverdi. He played his part in one of the most exciting attacks in Serie A alongside Domenico Berardi and Giacomo Raspadori. The Italian international was Sassuolo’s top scorer in Serie A and the sixth highest scorer in the league.

His goalscoring exploits reportedly attracted the interest of Italian champions Milan and city-rivals Inter. He was expected to stay in Italy, but West Ham swooped in and captured the player’s signature.

The 32-year-old scored ten goals last season and also produced eight assists in 36 Premier League appearances. The forward is no doubt entering the twilight of his career, and Antonio has suffered niggly injuries in past seasons.

Moyes had no other senior forward option if he does pick up injuries. The England international Jarrod Bowen was also moved into a central striking position last season.

Scamacca also offers the Irons a physical option on set-pieces, both defensive and attacking. His aerial ability makes him a highly useful asset at both ends of the field. Antonio offers similar attributes, so Scamacca will surely be a good alternative to the former Nottingham Forest forward for the Hammers.

On paper, he looks like a good long-term replacement for Antonio. Some would also argue that Scamacca is a better finisher than the veteran forward. However, Antonio is a player who is slightly less selfish and creates far more for teammates.

West Ham could be top-six contenders next season once again

David Moyes has turned West Ham into a team capable of challenging for European spots on a regular basis. Last season the Hammers finished seventh-place and the previous campaign the Irons finished sixth.

The team from east London have been busy strengthening their squad. Moroccan defender Nayef Aguerd, youngster Flynn Downes and Alphonse Areola joined Scamacca as new additions to the Hammers squad for the new season. The signing of Scamacca may end the Irons interest in Chelsea’s Armando Broja, though.

Aguerd and Scamacca look to be good signings for the Hammers, who will strengthen their options in key positions. If they can add a few more quality players, then the Hammers could well mount a realistic challenge for a top-six position in season 2022/23.

Do you wish to place a bet on how Gianluca Scamacca fares at West Ham in season 2022/23? Well, why not check out our betting page for the bookmakers we recommend for your bet.

Will Gianluca Scamacca be a good signing for West Ham?