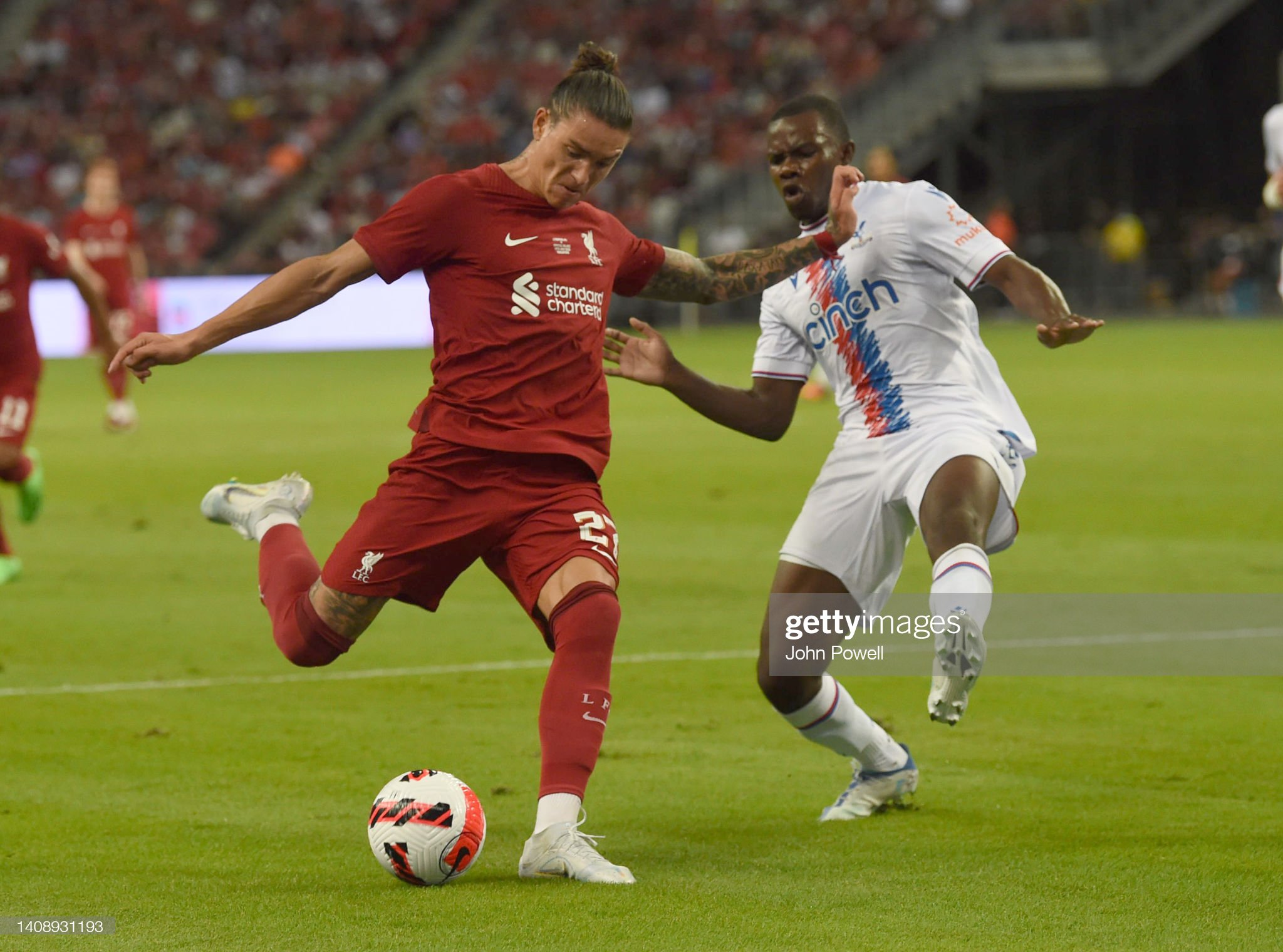 On Monday night, Liverpool and Crystal Palace go head-to-head at Anfield as both teams look for their first Premier League win of the new campaign.

Jurgen Klopp’s team had to come back twice to earn a 2-2 draw at newly promoted Fulham on the opening weekend of the campaign. A cameo by big-money summer signing Darwin Nunez changed the game, as he scored the Reds’ opening goal before setting up the equaliser for Mohamed Salah.

The draw may have been an underwhelming result for Liverpool. However, the men from Merseyside are still 20 games unbeaten in the Premier League, a run dating back to the end of 2021. The game also continued a high-scoring trend for the Reds in the English top-flight, as they have now scored at least two goals in their last four league matches.

Liverpool’s recent home record is formidable, as they are 23 league matches unbeaten at Anfield, going all the back to March 2021. They have also won 13 of their last 14 Premier League games at Anfield. A key factor to those recent good home results is their attacking prowess, as Liverpool has scored at least two goals in 11 of 14 league matches at Anfield.

The Reds have won their last 12 meetings with Crystal Palace in all competitions. They will be confident of extending that run in this clash.

The Eagles kicked off the new Premier League campaign with a 2-0 home defeat by Arsenal. Despite the defeat, there were positive signs in the game for Palace, but the games don’t get any easier. The defeat means that Patrick Vieira’s team has won just one of their last their previous four matches in the English top flight. In fact, Palace has won just three of their last nine matches in the Premier League.

It is hard to back against anything other than a home win, although the home win offers very little value. Instead, we are looking at the goals market for our bets. The first bet we are backing is Darwin Nunez to be an anytime goalscorer. The 23-year-old will likely make his full debut after impressing his cameo on the opening weekend.

The other bet we are backing is for both teams to score. It almost goes without saying that Liverpool are potent in attack. However, Palace looked dangerous in attack in spells against Arsenal and could get on the scoresheet at Anfield.

Our Tips: We are backing Darwin Nunez to be an anytime goalscorer at odds of 6/5 and/or for both teams to score at odds of 5/4. (All odds are taken from Bet365).

Are you looking for a bookmaker for your Liverpool vs Crystal Palace? Well, be sure to check out our betting page for the bookmakers we recommend. If you want more previews and tips, visit our soccer predictions page.

Can either of these two teams record their maiden league win of the season?