Roberto De Zerbi could be a shrewd appointment by Brighton 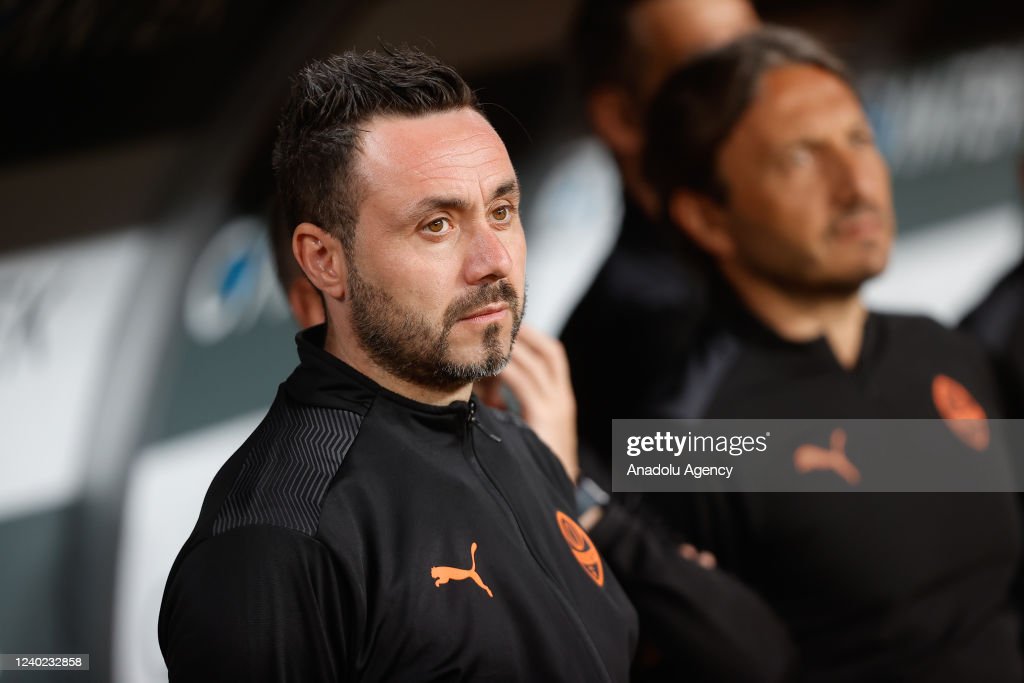 Brighton Hove Albion have appointed Roberto De Zerbi as their new head coach. The highly-rated Italian coach has signed a four-year deal with the Seagulls and fills the vacancy left by Graham Potter, who recently became the Chelsea boss.

As a mark of respect for Her Majesty Queen Elizabeth ll, De Zerbi will be formally presented as Brighton boss on Tuesday.

Has a big reputation

De Zerbi is considered a football innovator like his predecessor on the south coast. He earned a big reputation at Italian minnows Sassuolo for the attacking style of football his team produced. In fact, De Zerbi turned the Neroverdi into one of the most exciting teams to watch in the Italian top-flight.

He guided Sassuolo to two eighth-place finishes in Serie A before moving to Ukrainian giants Shakhtar Donetsk in 2021. However, he left the Ukrainian club in July 2022 due to the ongoing conflict in Ukraine.

He would never be out of work for long, though, as at 43 years of age, De Zerbi is regarded as one of the best up-and-coming coaches in the European game. He may have only won the Ukrainian Super Cup as far as trophies go, but he has the potential to do big things in the game.

Snapping up De Zerbi may prove to be something of a coup, as some observers were even talking about the 43-year-old as an outsider for the Juventus job if Max Allegri left his position. He is that highly thought of in Italy.

Brighton owner Tony Bloom seemed delighted with the appointment. Sky Sports quote him as saying: “I am absolutely thrilled Roberto has agreed to become our new head coach. Roberto’s teams play an exciting and courageous brand of football, and I am confident his style and tactical approach will suit our existing squad superbly.”

A big pair of shoes to fill at Brighton

De Zerbi has a big pair of shoes to fill at Brighton, as Graham Potter is also highly regarded in the game. Potter enjoyed a meteoric rise from Swedish outfit Ostersund to Chelsea because of his almost unique managerial style. He used methods that not many other coaches would to get that extra out of his players.

Potter turned Brighton into a solid midtable team before this season, which currently sees the Seagulls laying fourth-place, five points behind league leaders Arsenal with a game in hand. It’s fair to say that Potter did an excellent job on the south coast.

Roberto De Zerbi has the perfect managerial profile for Brighton and how they played under their former boss. Even if they have slightly different managerial styles, if there is one head coach that can come in and continue the stellar work done by Graham Potter, it is De Zerbi.

Many believe that Brighton could tumble down the table on Potter’s exit. However, the Seagulls may well continue to surprise and thrill people in the Premier League, even if they don’t stay in the European spots for the rest of the season.

Do you wish to place a bet on Roberto De Zerbi’s fortunes at Brighton for the remainder of the season? Well, why not check out our betting page for the bookmakers we recommend?