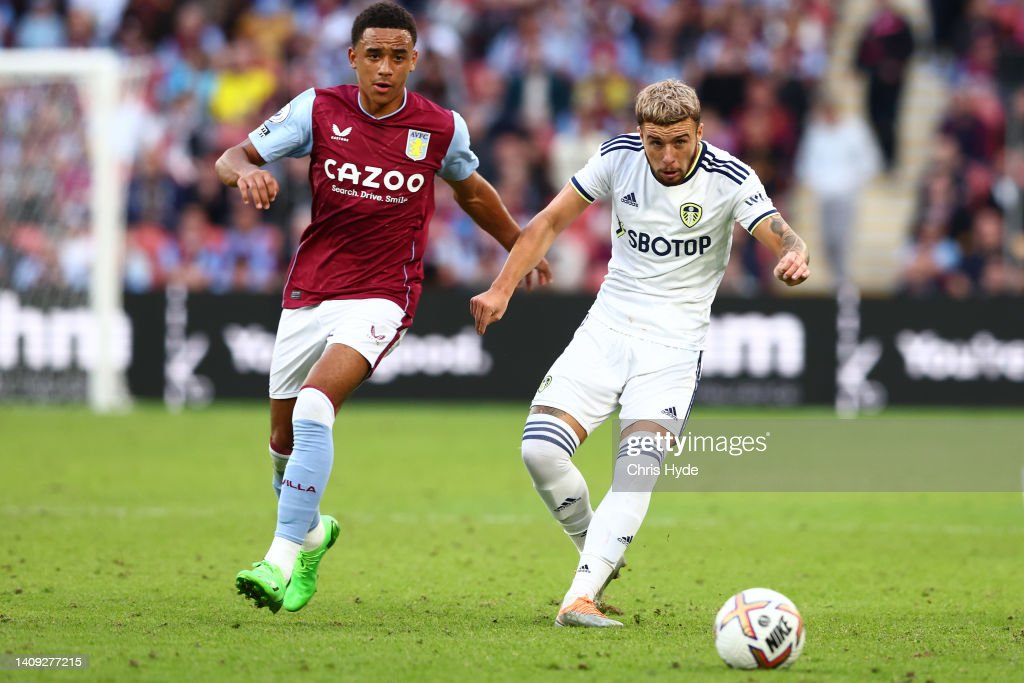 On Sunday afternoon, Leeds and Aston Villa clash at Elland Road as both teams look to kick-start their Premier League campaigns.

The Whites made a decent start to their Premier League campaign. However, Jesse Marsch’s team has struggled for league wins of late, as the Yorkshire outfit heads into this clash on the back of a three-game winless run. Last time out, Leeds suffered a 5-2 hammering against Brentford.

Despite their recent unconvincing form, Leeds are unbeaten in four Premier League home matches. However, on the flip-side, the team from Yorkshire have also won just two of their previous seven home games in the English top flight.

The fact that Leeds has only kept one clean sheet in their last 15 home matches has been a big factor in the poor run of form in the Premier League.

Leeds are expected to be without Stuart Dallas, Adam Forshaw and Archie Gray through injury. Spanish forward Rodrigo is also a fitness doubt.

The Villans are currently in 15th place in the Premier League table after a poor start to their league campaign. Steven Gerrard’s team has taken just seven points from as many games this season. A 1-0 home win over Southampton ended a four-game winless run in the league for the men from the Midlands. However, Villa’s record of just two wins in their last 11 matches in the English top-flight is a poor one.

Villa’s games have not been the most entertaining or high-scoring of late, as three of their last four matches in the Premier League have produced under 2.5 goals.

The visitors have been woeful travellers of late in the English Premier League, as they have won just one of their previous eight away games, suffering six defeats in the process.

That poor run includes suffering four straight defeats on their travels in the English top-flight. To make matters even worse, Villa has also conceded at least two goals in each of the four away defeats. They have been a defensive disaster class on their travels of late.

Villa look set to be without some key players, with Diego Carlos, Boubacar Kamara and Lucas Digne all looking set to miss out through injury. Full-back Matty Cash is also an injury doubt.

Neither team are in great form, and on paper, there probably wouldn’t be much between them. However, we fancy Leeds to continue their decent recent home record, so we are backing a home win. The only bet we are backing is under 2.5 goals, as neither team is particularly prolific in front of goal.

Are you looking for a bookmaker for your bet on Leeds vs Aston Villa? Well, be sure to check out our betting page for the bookmakers we recommend for your bet. If you want more previews and tips, then our soccer predictions page could be for you.

Will Leeds or Aston Villa come out on top at Elland Road?