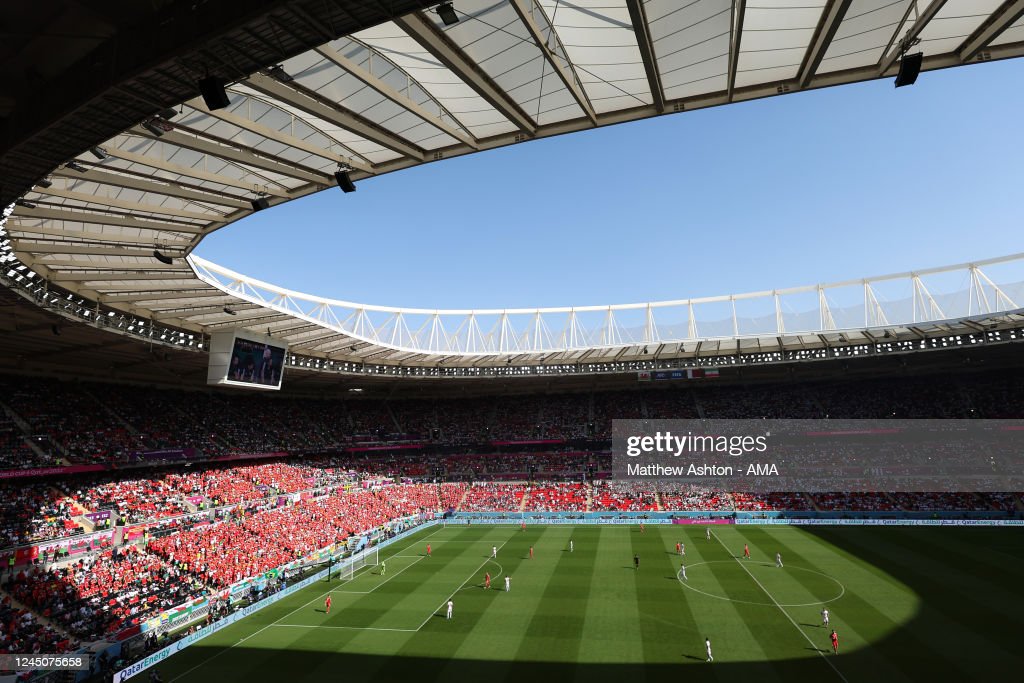 Where: The Ahmad bin Ali Stadium

On Tuesday night, Wales and England go head-to-head at the Ahmad bin Ali Stadium in the final game of Group B in the World Cup.

The scenario is simple for the Dragons, they must win this game and hope the other result goes their way to have any hope of qualifying for the last 16. Even if they do record an unlikely win, then goal difference comes into play. If the USA records a victory over Iran and Wales and fails to beat England by four goals, Robert Page’s team exits at the group stage, anyway.

The Dragons are massive underdogs to record a victory against Gareth Southgate’s team. However, as this seems to be the tournament of the underdog, it’s hard to rule anything out. Wales’ recent form suggests that they are unlikely to achieve their goal, though, as they head into this game on the back of a seven-game winless run, in which they have suffered five defeats.

A vulnerable defence has played a big part in their recent poor run of international results, as they have kept just one clean sheet in their last 13 matches.

Their record at World Cups is now played seven and won one, which needs to improve massively if they are to achieve the almost impossible in this game.

Gareth Southgate’s team has picked up four points from their opening two games and will win the group if they avoid defeat, and the USA doesn’t beat Iran by four or more goals. The 0-0 draw against the USA was slightly uninspiring. However, it kept the group’s destiny in their hands as another win would see the Three Lions head through to the knockout stages as group winners.

Their recent record is not great, but there is undoubted quality within the England ranks. The Three Lions have just struggled to show it off late in any form.

Wales face a big task as they have lost the last six meetings with the Three Lions, having scored in just one of the encounters. It is hard to back anything other than an England win. The England win offers little value, so we are backing England half-time/full-time. The other bet we are backing is under 2.5 goals, as neither team has been great in front of goal of late.

Our Tips: We are backing England half-time/full-time at odds of 6/5 and/or under 2.5 goals scored at evens. (All odds are taken from Bet365)

Are you looking for a bookmaker for your bet on Wales vs England? Well, be sure to check out our betting page for the bookmakers we recommend for your bet. If you want more previews and tips, then you may like our soccer predictions page, where we post regular content.

Who will come out on top in this battle of Britain?