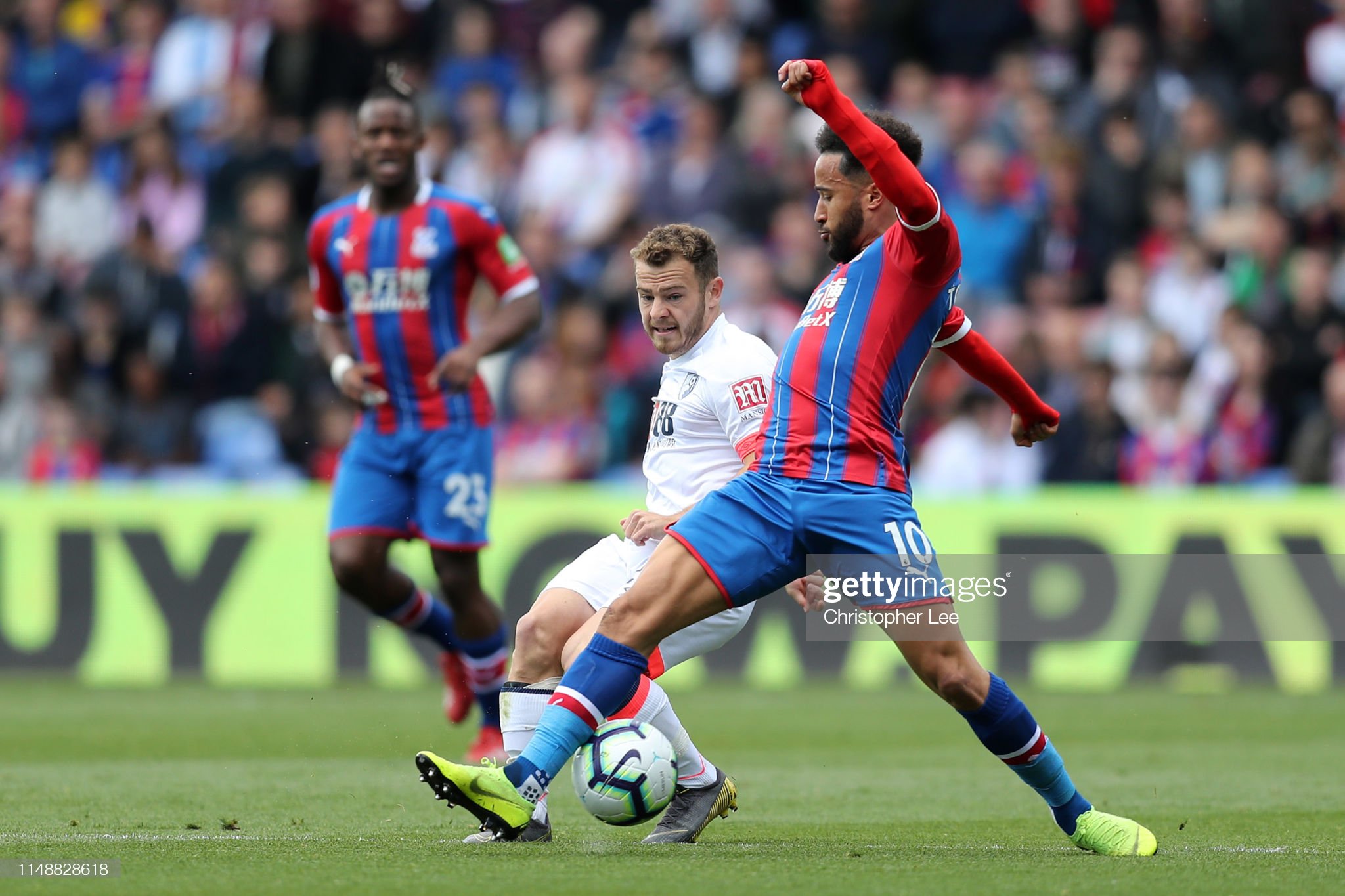 Two teams in the middle of the Premier League table meet on Tuesday night, as Crystal Palace host Bournemouth at Selhurst Park.

Palace have enjoyed mixed fortunes so far this season in the Premier League. However, prior to Sunday’s games, the Eagles were 10th place in the table and just a point off fifth-place in the English top-flight.

Despite their relatively decent position in the table, Palace have lost four of their last six matches in top-flight. However, a 2-0 win at Burnley last time out ended a three-game losing streak and will do wonders for the Eagles confidence.

A poor recent defensive record has been a major factor in the Eagles form of late, as the visitors had conceded at least two goals in five of their last six matches. The win over Burnley ended that run of defensive woe though.

Palace’s recent home form has not been great, as the Eagles have lost their last three Premier League games on home soil, conceding at least three times in each of those defeats. The home sides recent league games have been low-scoring, with under 2.5 goals scored in six of their last seven matches at Selhurst Park.

The Cherries are currently 12th place in the Premier League table, just two points behind the home side. A 3-2 defeat at Tottenham last time out means that the visitors have won just once in eight top-flight games. In fact, Eddie Howe’s team have now suffered three straight league defeats, conceding at least two goals in each of the three losses.

The visitors have struggled for victories against Palace in recent meetings, as the Cherries have won just once in the last six games between the pair. They have also conceded at least two goals in their last four of their last five encounters with the Eagles in all competitions.

Neither of these two teams are in great form heading into this clash. However, the home advantage may prove enough for the Eagles to pull off a victory. We are backing Roy Hodgson’s side to record a home win. The other bet we are recommending is Wilfried Zaha to be anytime goalscorer, as he got back to scoring ways last time out.

Fancy a bet on Crystal Palace v Bournemouth, then visit our betting page for the best bookmakers to use for your wager. If you liked this article, then also visit our soccer predictions page for two daily tips articles.

Who will come out on top between Crystal Palace and Bournemouth?