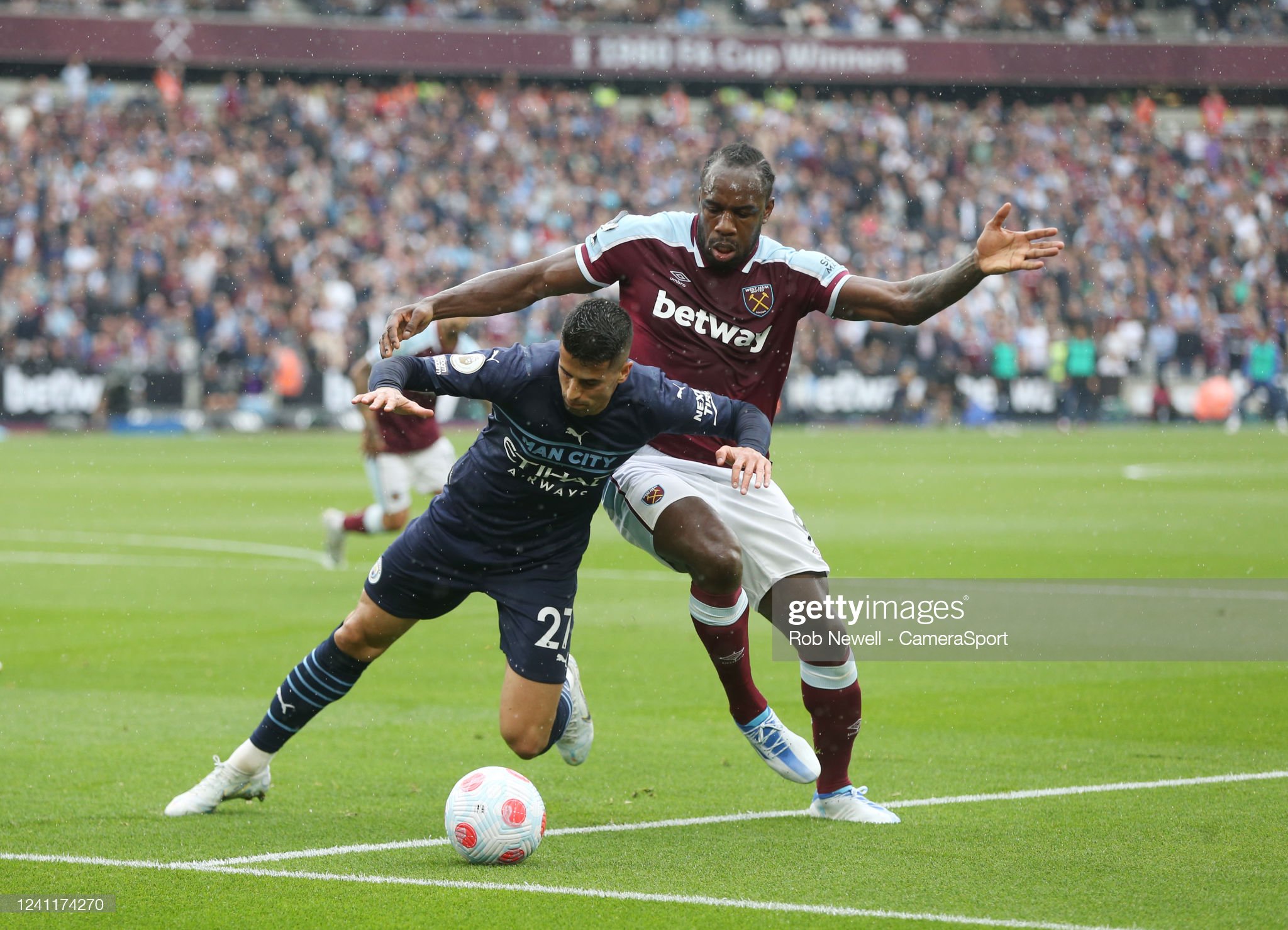 Where: The London Stadium

On Sunday afternoon, West Ham and Manchester City go head-to-head in what could be one of the best match-ups of the Premier League’s opening weekend.

The club from west London have since brought in defender Nayef Aguerd and striker Gianluca Scamacca while also completing a deal to sign Burnley winger Maxwell Cornet to strengthen their options in several different positions.

West Ham have not had the best of pre-season campaigns, as they have failed to win any of their last four matches. The Irons, possibly distracted by their Europa League run, also finished last season’s campaign in a poor fashion, winning just one of their final seven league games. That run included four defeats.

One positive from their home games towards the end of last season is that they suffered just one defeat at the London Stadium in their last eight matches in the Premier League. Their last home game of last season finished in a 2-2 draw against Sunday’s visitors.

Pep Guardiola’s team head into another title defence on the back of a 2-1 Community Shield defeat by title rivals Liverpool. However, the result is unlikely to have too much of an effect on the Citizens morale, as they aim for their fifth top-flight title in six seasons.

The reigning Premier League champions finished last season with a 12-game unbeaten run in the English top-flight, recording nine wins and three draws in the process. City was lethal in front of goal towards the end of the campaign, too, as they scored at least two goals in their final nine league games of the season.

City were strong travellers last season too, as the Citizens are unbeaten in 18 away games in the English top-flight. Their last away defeat in the Premier League came at Tottenham on the opening day of last season.

West Ham will be confident of enjoying another strong campaign in the Premier League and are strong on home soil. They are unlikely to be easy opponents for City. We do, however, believe that the Citizens will record a narrow win. The away win offers little value in this clash, though.

Instead, we are backing half-time/Manchester City win. The Hammers could well hold off the champions in the first half, but City should have enough quality to claim the three points in the end. The other bet we recommend is over 2.5 goals scored. This is simply because both teams have dangerous attacking options.

Are you looking for a bookmaker for your bet on West Ham vs Manchester City? Well, be sure to check out our betting page for the bookmakers we recommend for your wager. Also, for more previews and tips, visit our soccer predictions page, where we post regular content.

Can West Ham cause a shock against the champions?

Related Items
← Previous Story Everton vs Chelsea Preview, prediction and odds
Next Story → Nunez and Haaland impress on gameweek one of the Premier League