Home / Latest News / Scotland vs the Republic of Ireland Preview, prediction and odds

Scotland vs the Republic of Ireland Preview, prediction and odds 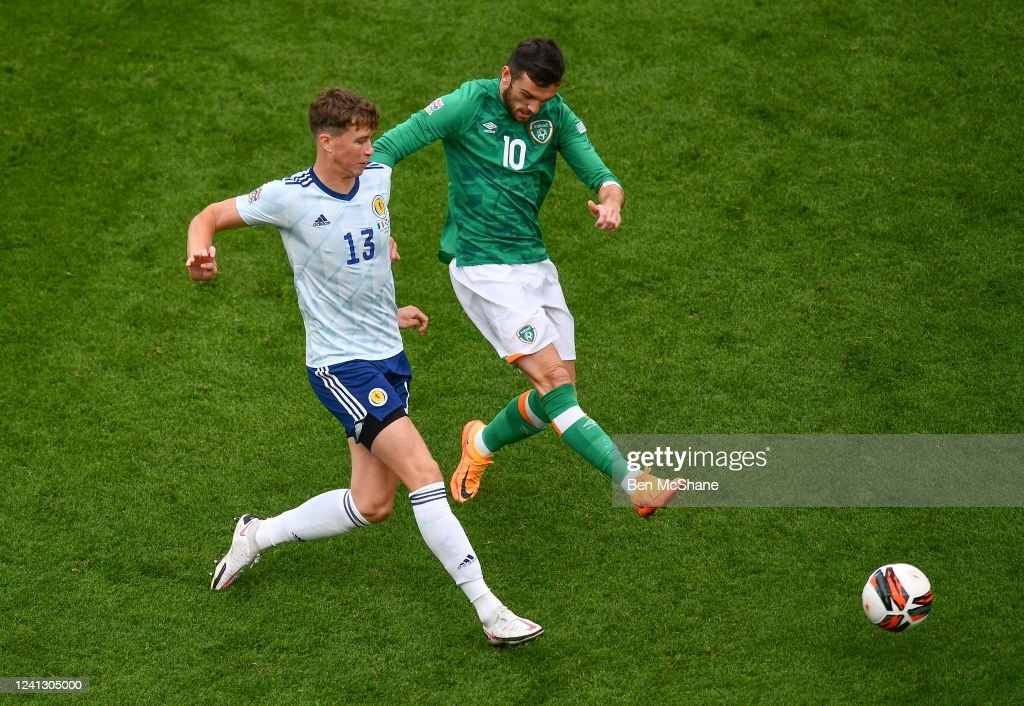 On Saturday night, Scotland and the Republic of Ireland go head-to-head at Hampden Park in Group B1.

Steve Clarke’s team head into this clash on the back of a good run of form. A 3-0 home win over Ukraine last time out means they have won back-to-back games in the Nations League.

The win also means that Scotland has won three of their last four games in the competition. They have also scored at least two goals in all three of the recent wins in the Nations League.

The win over Ukraine has taken Scotland to the top of the standings in Group B1, two points clear of Wednesday night’s opponents, Ukraine.

Scotland have a formidable home record in the Nations League, as they are unbeaten in their seven matches in the competition, having recorded six wins in the process.

Clarke’s team has built that stellar home record in the Nations League on a solid defensive foundation, as they have kept clean sheets in five of their previous seven home matches. That record includes four straight clean sheets in the competition on home soil. Their defensive record at home has contributed to four of their last five home matches in the Nations League producing under 2.5 goals.

The visitors head into this clash in poor international form, having won just one of their last four matches. Their recent form in the Nations League has also been poor, as Ireland has won just one of their 14 games in the competition. However, that win came in the reverse fixture, as Stephen Kenny’s team recorded a 3-0 win in Dublin.

Ireland has failed to win any of their seven away games in the Nations League, suffering four defeats and picking up just three draws in the process. Their recent away games in the Nations League have been low-scoring, with under 2.5 goals scored in their last six matches. The fact that Ireland has failed to score in four of their previous six games on their travels has been a significant factor in their low-scoring games.

In recent matches, Scotland has looked strong and solid on home soil in the Nations League. That is why we are backing the home win. We are also backing striker Lyndon Dykes to be an anytime goalscorer. The 26-year-old came off the bench to score a late brace against Ukraine. The goals could be enough for him to start this one.

Our Tips: We are backing Lyndon Dykes to be an anytime goalscorer at odds of 9/4 and/or the home win at evens. (All odds are taken from Bet365)

Are you looking for a bookmaker to place your bet on Scotland vs the Republic of Ireland? Well, why not check out our betting page for the bookmakers we recommend for your bet? If you want are looking for more previews and tips, then why not also check out our soccer predictions page, where we post on a regular basis?

Which of these two teams will come out on top with a potentially vital win in Group B1?