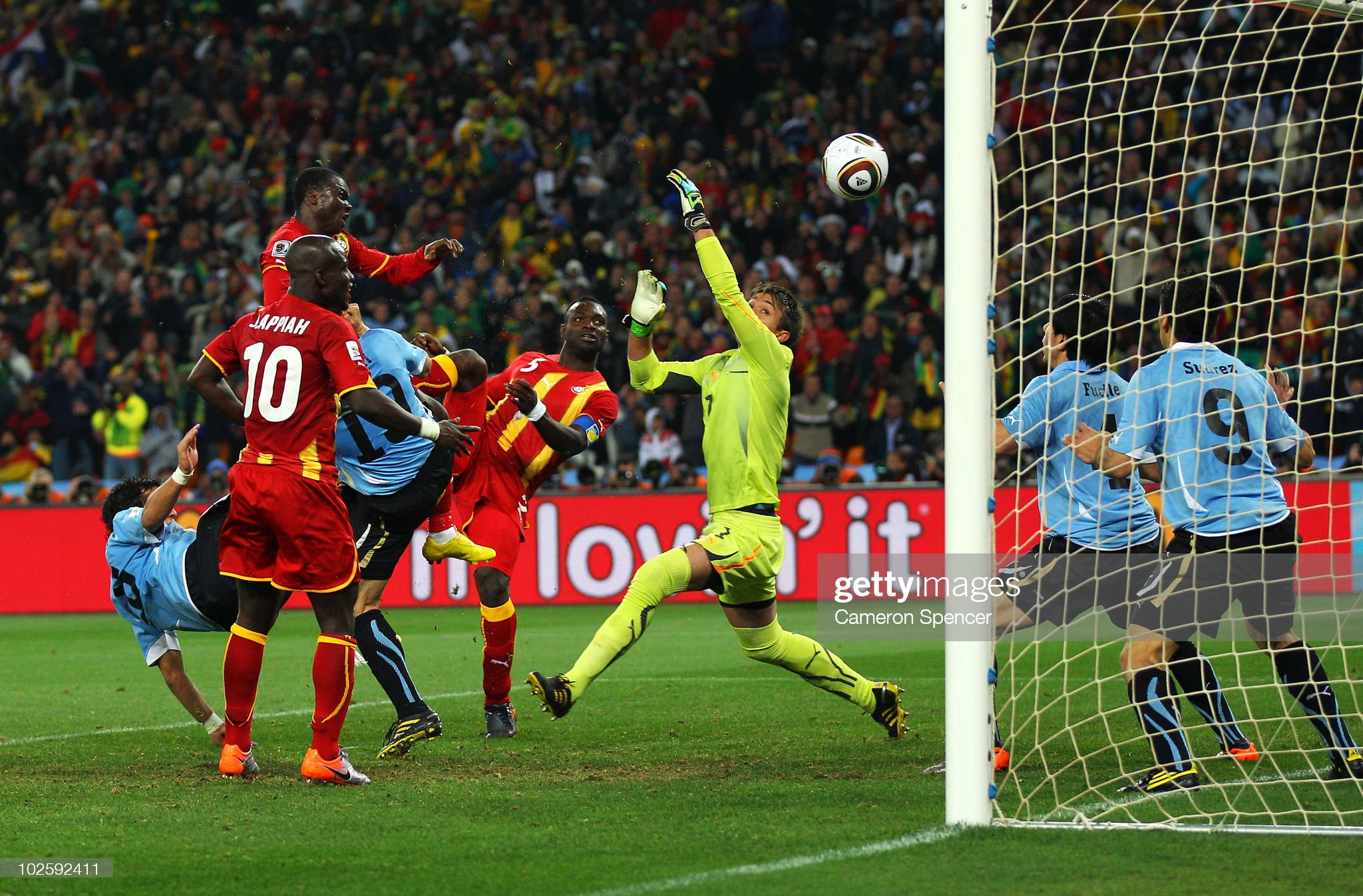 In what should be an electrifying rematch from the 2010 World Cup, Ghana and Uruguay will meet in a crunch game this week.

Ghana were seen as the beacons of light for African football at the 2010 World Cup and we’d go out on a limb and suggest they can take up such a position once again. This is a hungry, passionate footballing nation that has positioned themselves well to reach the last 16. Given where they’ve been in the last decade or so, we’d say that’s a huge step up and represents a massive amount of progress.

They fought until the very end against Portugal and unfortunately came away with nothing in a 3-2 defeat, but when in a similar position with South Korea, they didn’t make the same mistake twice. They dug deep and won 3-2 meaning that their destiny is in their own hands. If they win this game then they qualify, if they lose they are out, and a draw leaves their fate up to the other fixture.

Uruguay, as a nation, knows what it feels like to lift the World Cup trophy high. A handful of their current generation also knows what it feels like to go deep into this tournament and we’d argue they have what it takes to do the same thing again. Unfortunately, whether it be due to age or lack of motivation, they just aren’t gelling together as a cohesive unit right now.

A 0-0 draw with South Korea wasn’t exactly what the doctor ordered and if we’re honest about how that fixture played out, Uruguay were not the ones pushing the tempo – at least, not enough. They went on to drop a 2-0 loss to Portugal in a game that, again, was uninspiring. If they are able to defeat Ghana, they just have to hope South Korea drop points to the Portuguese and they’ll qualify for the last 16.

We’re expecting to see a pretty tense affair between two sides who both know they need to go for it if they want to be sure of their place in the last 16. We can see Ghana picking off an over-enthusiastic Uruguay side before the former winners use their patience and quality to work their way back into the game, equalising before half time to set up an electric final 45.

It’s a complicated thought process but we do think Uruguay will go on to take the lead with the African side equalising, leaving both with a point, ensuring Ghana go through as we also believe South Korea won’t be able to get the win they need over the Portuguese.

If you’re looking at other bookmakers in order to check out alternates for Ghana vs Uruguay, go ahead and visit our betting page. Alternatively, see what other big games are on the cards via the soccer predictions page.