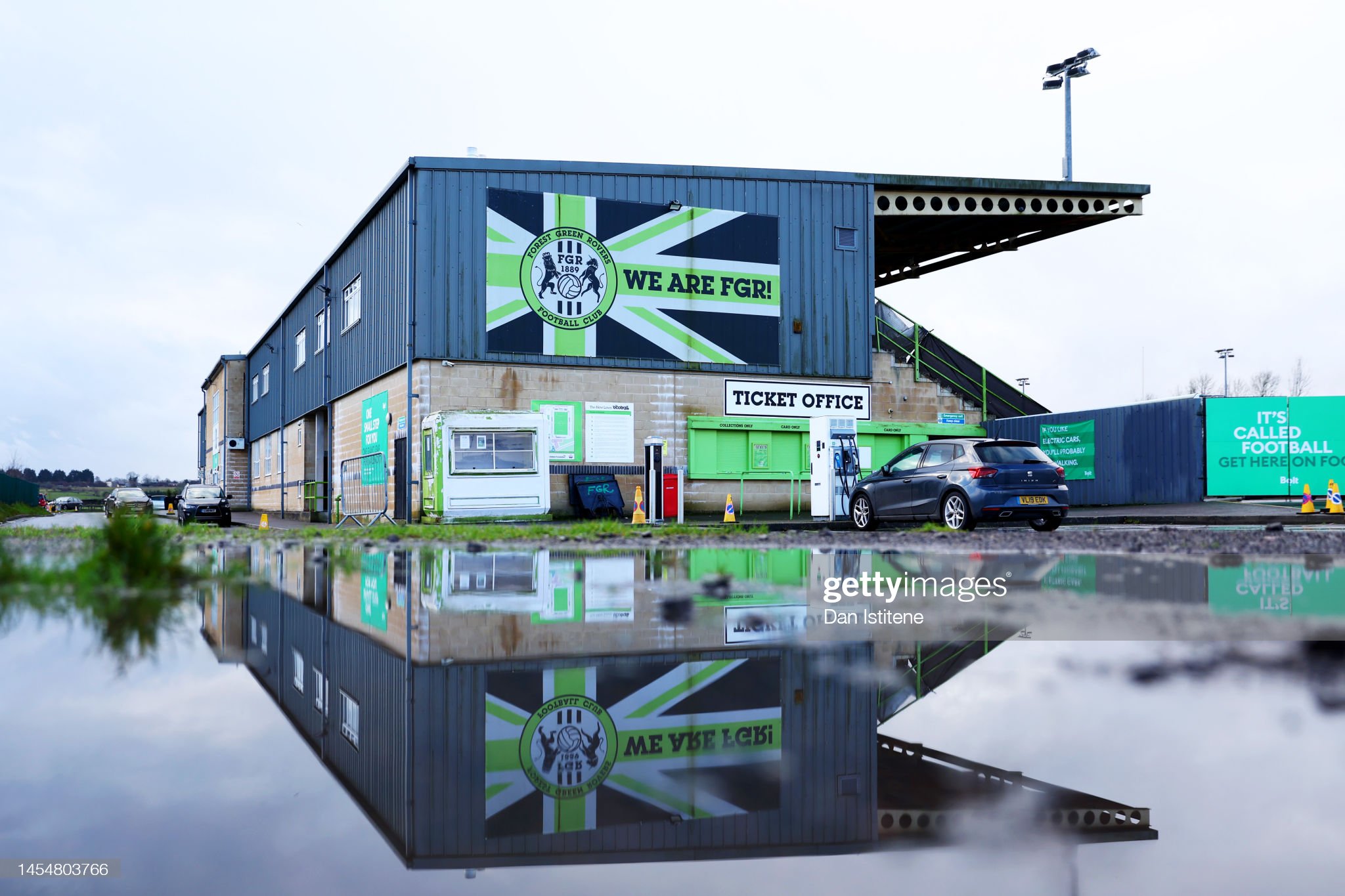 Where: The innocent New Lawn Stadium

Forest Green Rovers will attempt to spring an FA Cup surprise this week when they host Birmingham City in their rearranged third round clash.

The rise of Forest Green Rovers has been pretty remarkable in the last few years. From non-league to the third tier, the Cotswolds-based club has been able to make a real statement – and they’ve done it their way. The results aren’t quite coming for them in League One right now but if they can pull off a big scalp in the FA Cup, that could do wonders for their confidence heading into the next few months.

After a 1-0 win over Cheltenham gave Forest Green renewed hope in December, they’ve proceeded to go on a pretty diabolical run. They lost four straight games to Derby, MK Dons, Burton and Port Vale, conceding 10 goals in the process. They came close to an upset win over Exeter last weekend, only for a late equaliser to leave them rooted to the bottom of the table.

Birmingham City are a long, long way away from where they once were. Around a decade ago, they were League Cup holders and playing European football. Nowadays, they spend every other season fighting off the threat of joining FGR in League One. The Blues’ fanbase has been frustrated with what has become the status quo and if something doesn’t change soon, relegation will always be a looming threat.

Birmingham’s draw with Blackpool, followed by a 3-2 win over Reading, probably served as a false alarm for them reviving their play-off push. Since then, they’ve lost four on the bounce, with Burnley, Hull, Middlesbrough and Bristol City all getting their licks in. They’ve conceded 11 goals across those four fixtures, with their leaky defence really highlighting the lack of investment.

This is going to be a fun one with an expected sell-out crowd in Nailsworth – and hopefully, the rain won’t be an issue this time around. We think Forest Green are going to be pressed back by their Championship rivals early on, with the boys from the second city taking the lead. It won’t last long, though, as they’re forced to retreat by a home side that wants to impress.

The equaliser will come just before half time to make things really interesting heading into the second period. From there, Forest Green will be the ones to continue pushing the tempo, with Birmingham’s fragilities coming to the surface. Rovers will score a late winner, earning themselves a big trip to Lancashire where they’ll take on Blackburn.

If you’re looking at other bookmakers in order to check out alternates for Forest Green vs Birmingham go ahead and visit our betting page. Alternatively, see what other big games are on the cards via the soccer predictions page.