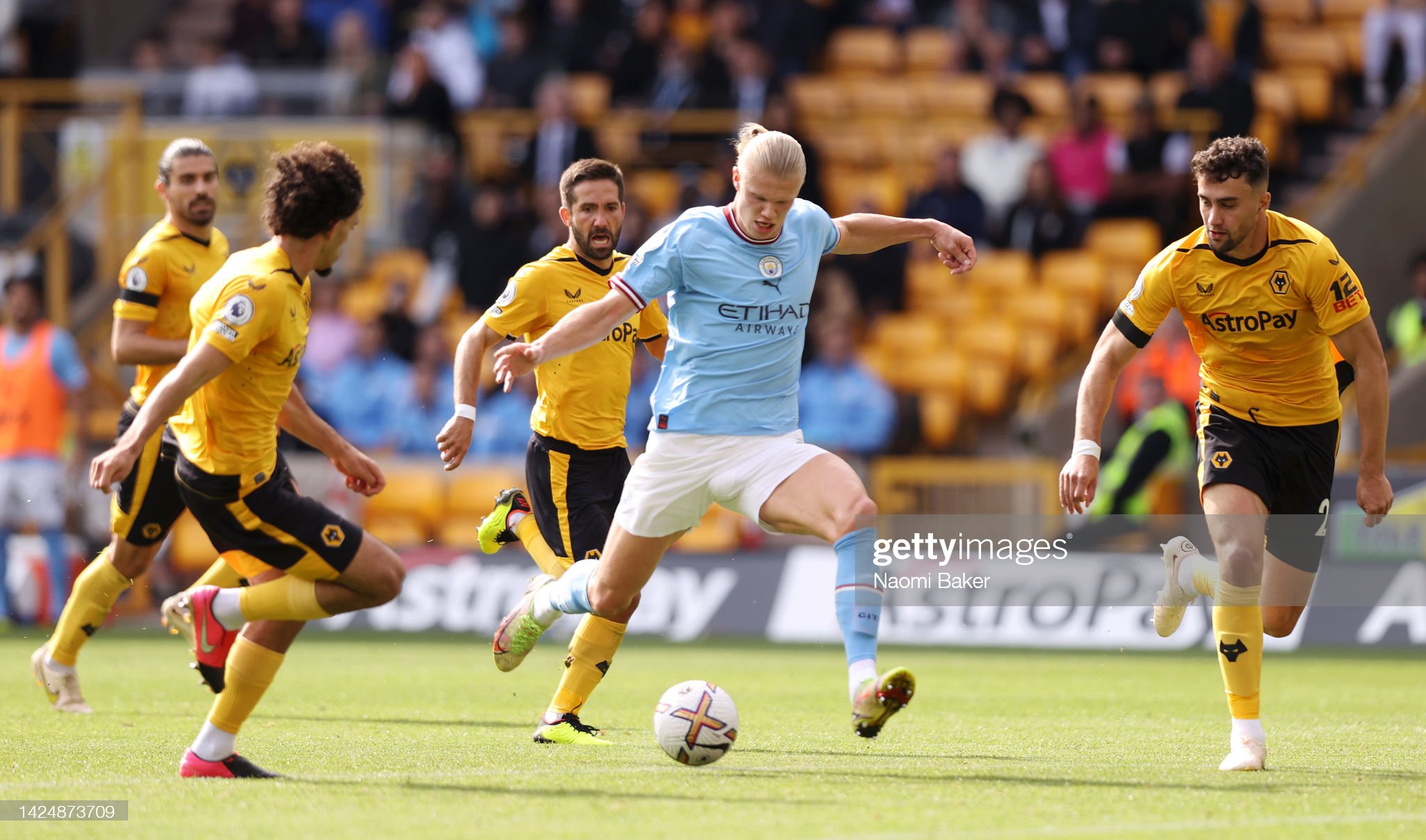 Manchester City and Wolverhampton Wanderers will collide this weekend as the Premier League continues to heat up.

It’s hard being the best and if you don’t believe us, just go and ask Pep Guardiola. He’s done some truly incredible things with this Manchester City team in years gone by and the fans will never be able to repay him for that. In equal measure, though, he’ll know when to acknowledge that things aren’t going exactly to plan, and the club is definitely going through one of their more uncertain periods right now.

Two wins over Chelsea, in the Premier League and FA Cup, served as a reminder of what this City side is capable of. In equal measure, though, they’re also capable of a clanger every now and then, as was proven by their League Cup exit to Southampton. They went on to lose 2-1 to Manchester United in the derby before surviving a first half scare to defeat Tottenham on Thursday.

While the first few months of the season didn’t quite go to plan for the boys from the Black Country, the introduction of Julen Lopetegui has helped breathe new life into the club. They aren’t exactly back to their best, but the January transfer window alone highlights the kind of ambition the club has moving forward. The big question, of course, is whether or not they can build on this between now and May.

Wolves rattled off three straight draws against Aston Villa, Liverpool and Nottingham Forest, although, in the latter, they wound up losing on penalties in the League Cup. They bounced back by defeating West Ham in a relegation six-pointer before being knocked out of the FA Cup in their controversial replay with the boys from the red half of Merseyside.

Wolves can’t afford to play out from the back against this City side as they’ll be completely taken advantage of by their attacking stars. It seems academic that Erling Haaland will be able to get on the scoresheet, probably in the first half, which will force Wolves to come out and play.

We aren’t so sure that they’ll be able to get much going, with their poor goalscoring record speaking volumes. City will likely be able to add to their advantage early in the second half and from there, coast to all three points.

This might be a more competitive fixture next season with Wolves settling in some of their new stars, but this time around, the hosts have a point to prove with Pep going after the Gunners.

If you’re looking at other bookmakers in order to check out alternates for Manchester City vs Wolves go ahead and visit our betting page. Alternatively, see what other big games are on the cards via the soccer predictions page.