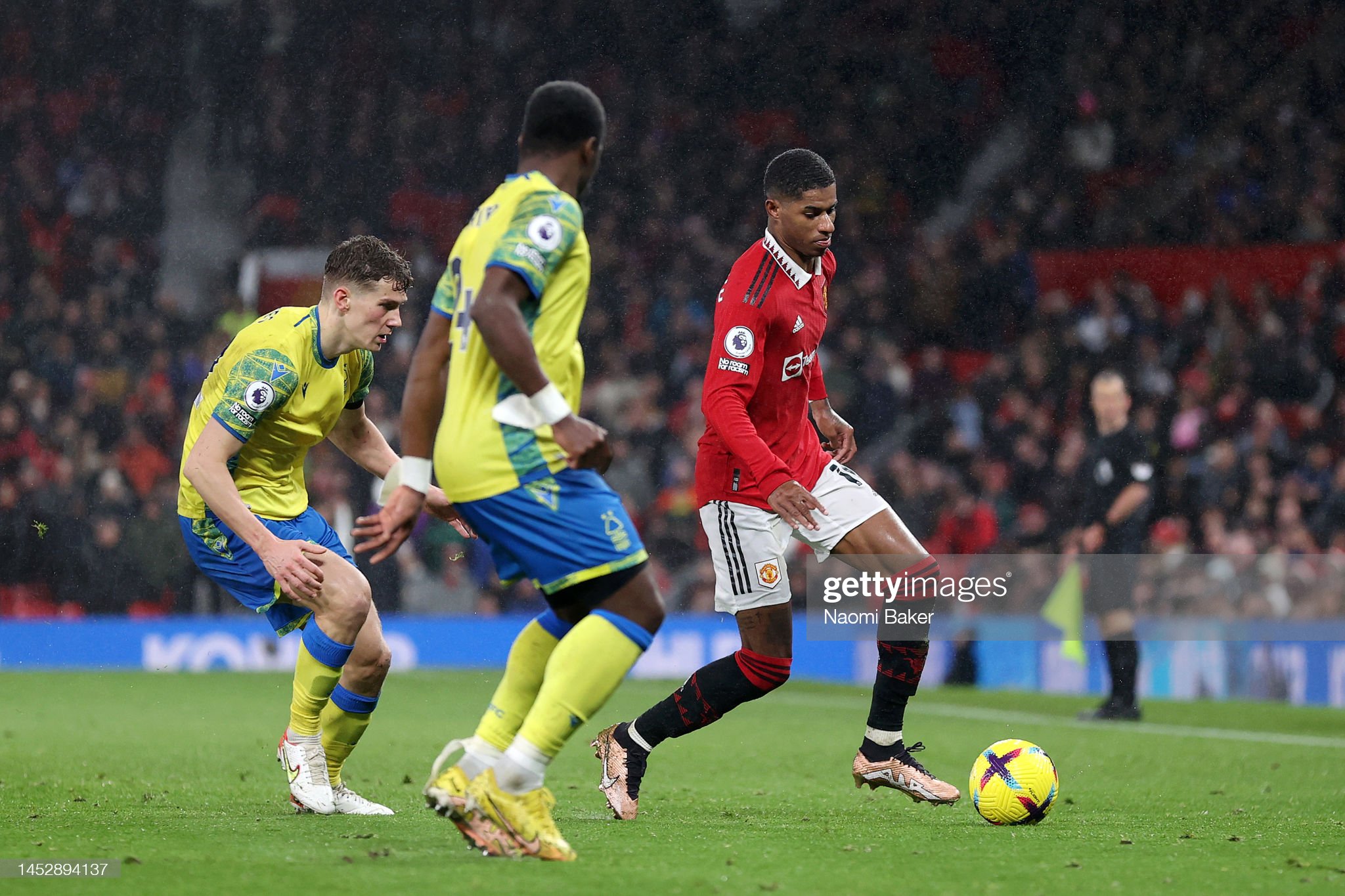 Nottingham Forest and Manchester United will meet this week in the first leg of their League Cup semi-final.

After a frustrating start to their first season back in the big time, Nottingham Forest are beginning to settle into things. Their life back in the top flight hasn’t been simple but after persevering with Steve Cooper, they appear to be getting results. Many mocked their initial transfer strategy but up to this point, it certainly looks as if they are veering away from the relegation zone – at least, for the time being.

A swift 3-0 win over Grimsby back in August got Forest up and running in the League Cup. They proceeded to beat Tottenham with ten men in a pretty surprising result, before sticking four past Blackburn in the fourth round. Then, when put up against Wolves, it took a penalty shootout for them to progress and make it into the final four.

Manchester United supporters are ready to take the next step. Of course, it’s not been long since they took their last one, but either way, things are looking up. Erik ten Hag feels like the right man to take this club forward and although it hasn’t always been easy, the Red Devils are beginning to look like a cohesive unit, which hasn’t consistently been the case since back in the days of Sir Alex Ferguson.

After entering one stage later than most thanks to their European exploits, Manchester United beat Aston Villa 4-2 in an all-Premier League affair. After the winter break, they managed to hold off a stern challenge from Championship leaders Burnley to go through. Then, in the quarter-finals, they beat League One side Charlton to reach the semis.

This one is going to be all about how quickly United can impose their game plan in the East Midlands. We think the buoyant Forest crowd will expect to work their way into proceedings quite efficiently, but if the visitors are in their faces from minute one, they won’t be able to do that.

We’re going to suggest that United will take a narrow lead into the half time interval and after weathering an early storm in the second, they’ll add to it. The hosts will be hungry to take something with them to Old Trafford and although we expect to see them on the scoresheet, it ultimately won’t matter.

United will win the game and then, more than likely, they’ll be able to wrap up their place in the final when they collide in the second leg.

If you’re looking at other bookmakers in order to check out alternates for Nottingham Forest vs Manchester United go ahead and visit our betting page. Alternatively, see what other big games are on the cards via the soccer predictions page.