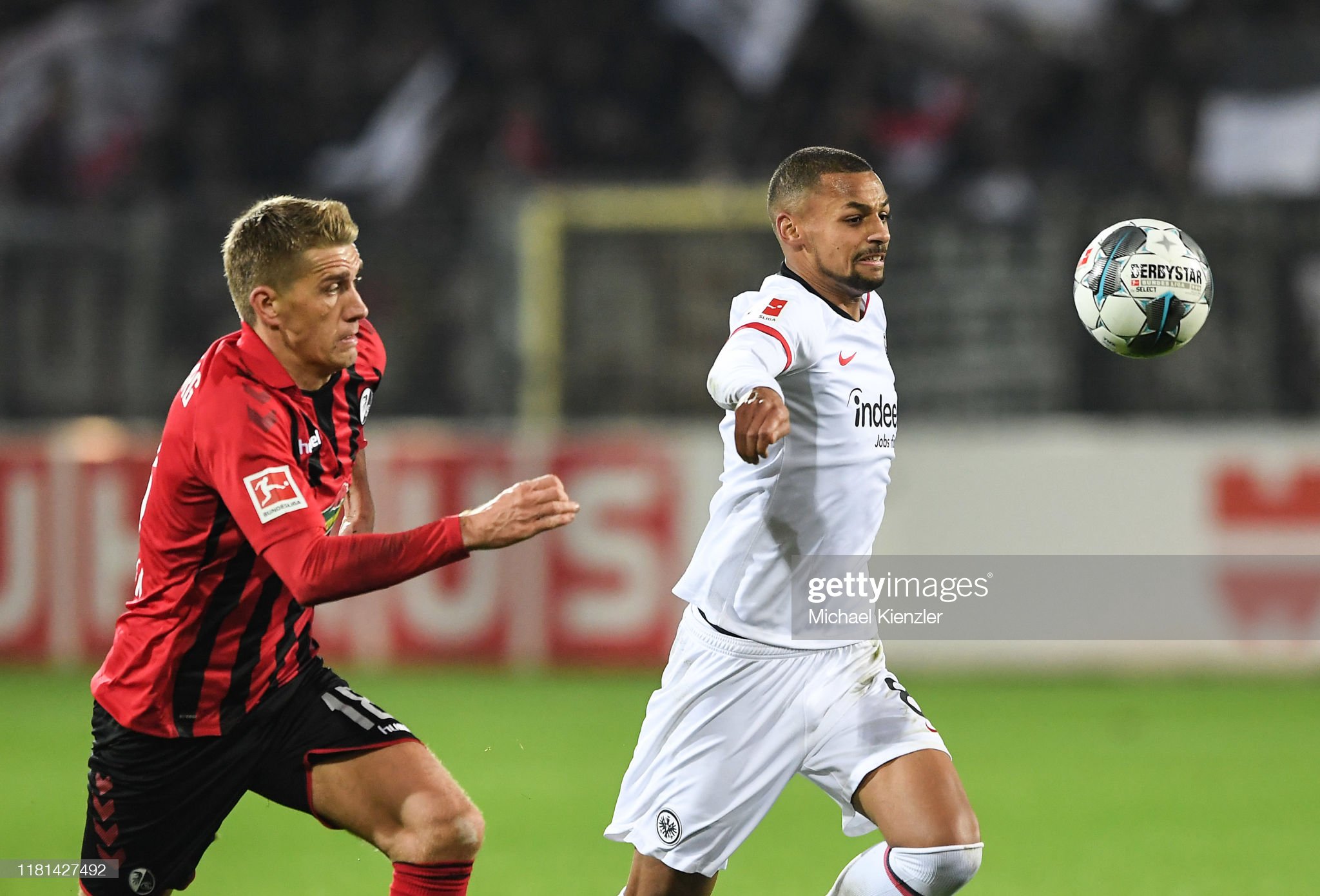 Where: The Commerzbank Arena

On Tuesday night, Eintracht Frankfurt host Freiburg at the Commerzbank Arena, as the visitors look to enhance their chances of landing a European spot this season.

The home side are experiencing a season to forget in the Bundesliga. Adi Hutter’s side are 13th place in the table, just four points clear of the relegation play-off spot. A 5-2 humiliation at reigning champions Bayern Munich last time out was their fifth consecutive league defeat.

One of the main causes of Frankfurt’s perilous position in the table is their poor defensive record of late, as they have conceded at least twice in their last five league matches. Only the bottom three teams in the league and Augsburg have conceded more goals than the home side this season in the Bundesliga.

Even the perceived advantage of playing at home has proven of no benefit for the Eagles, as they have won just two of their last seven matches on home soil in the top-flight. Despite their recent form league form in general, Frankfurt have remained prolific in front of goal on home soil, scoring at least twice in eight of their last 11 league games at the Commerzbank Arena.

The visitors find themselves in a position that the home side are more accustomed to in recent campaigns, in that they are challenging for a place in Europe competition for next season. The Black Forest outfit are just two points outside the top-six, but head into this game in poor form.

A 1-0 home defeat by relegation-threatened Werder Bremen last time out means that Freiburg have won just once in their last six Bundesliga games. The visitors are only still in the race for the top-four because the teams around them in the table have not been in great form either. A win in this clash could prove to be crucial for Christian Streich’s team, with sixth-place Wolfsburg facing a tough game against Bayer Leverkusen.

Unfortunately for the visitors, wins on their travels in the German top-flight have been very rare of late. They have won just once in their last 11 away games in the Bundesliga, failing to record a victory in the last four matches on the road.

Both teams are in poor form going into this clash that could prove crucial to both team’s chances of achieving their goals in the Bundesliga this season. Frankfurt’s form has fallen off a cliff, while Freiburg’s is teetering on the edge. With that in mind, we are backing the draw. The recent league clashes between these two teams have been tight, low-scoring affairs, so we are also backing under 2.5 goals scored.

If you are looking for a bookmaker for your bet on Eintracht Frankfurt vs Freiburg then why not check out our betting page for the bookmakers we recommend for your wager. If you liked this article, then you may also enjoy our soccer predictions page, where you can find daily previews and tips pieces.

Will either out of form team get it together to record a potentially vital Bundesliga at the Commerzbank Arena?